New premium P2P buses make it more convenient to travel to Boracay & other Western Visayas destinations from Iloilo and back
Megaworld will open Transport Hubs to support the project launched today at Iloilo Business Park.
Travel | By Trixie Reyna on July 11, 2019

ILOILO CITY – I’ve been living in Iloilo for almost two years now and traveling back and forth from Manila for five. I’ve seen the city and the province grow and develop faster than any other place I’ve seen in the country. Iloilo is a top destination in its own right—definitely more than just a stopover or a gateway to other Western Visayas destinations, most popular of which is Boracay in Aklan.

Yet speaking of traveling from Iloilo to other places in the Panay region, especially Boracay, it has actually become even easier and more convenient to get to these places from Iloilo City thanks to two amazing launches in Iloilo Business Park (IBP): Megaworld’s Transport Hubs and the region’s first and biggest premium P2P transport service. 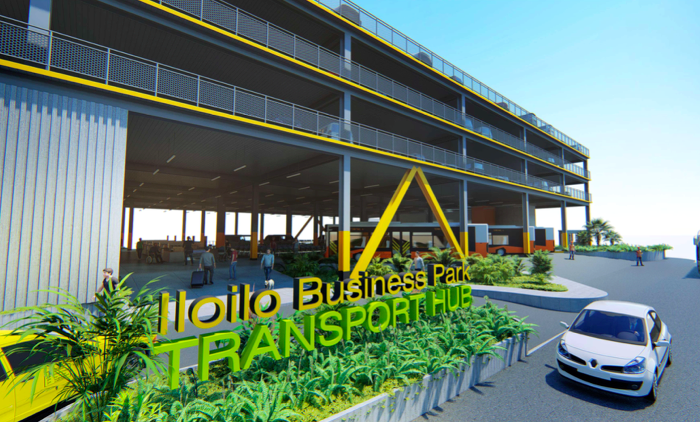 Megaworld is set to open its P350-million Iloilo Business Park Transport Hubs this year to serve the requirements of the premium P2P service. There will be two terminals—one for departures and another for arrivals—that will be strategically located along the township’s Megaworld Boulevard, just in front of Festive Walk Mall. You no longer have to travel to other terminals located farther in the city—and these regular bus terminals definitely can’t compare to what the Transport Hubs have in store. 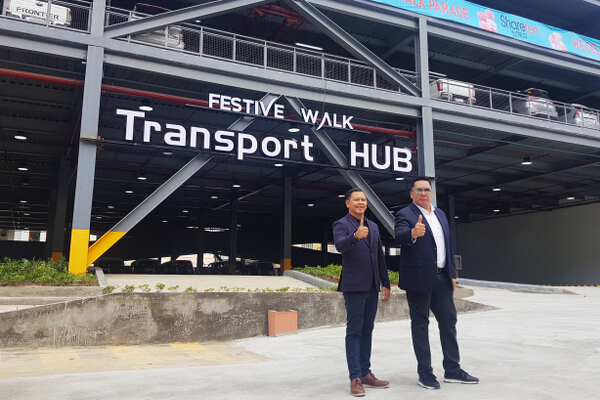 Each Transport Hub terminal, sitting on a 4,000-square meter lot each, will feature its own Traveler’s Lounge, an air-conditioned facility where passengers can relax and wait for their trips at the Departure Terminal, as well as wait for their transits or pick-up vehicles at the Arrival Terminal. Each lounge will have shower rooms and toilets, all for the convenience of departing and arriving passengers.

Rendering of the Traveler’s Lounge

Each terminal will also have its own Food Park where passengers can indulge in a wide array of food choices while waiting. And at the second and third level of each terminal, 200 parking slots will be made available for free so you can leave your own vehicle for the duration of your trip. 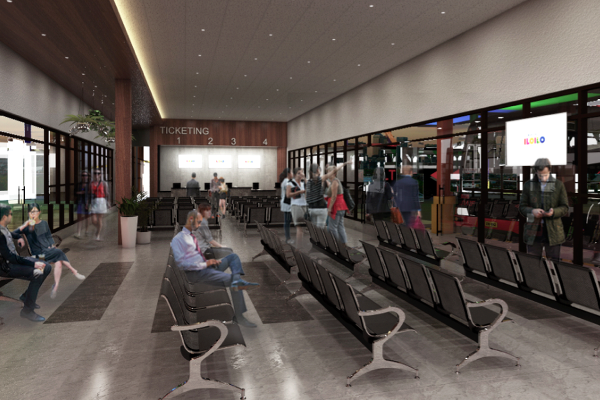 Rendering of the Departure Terminal

At the Traveler’s Lounge of the Departure Terminal, passengers will also have the convenience of booking and purchasing their tickets at the Ticketing Booths. This terminal will also have breastfeeding stations—something all new moms will appreciate—and Free WiFi access.

These convenient facilities sound like they belong in an airport, so we can’t wait to see and experience them for ourselves when they open! “Hopefully, this will serve as a model for other transport hubs in the region,” says Megaworld Head of Estate Management Jose Arnulfo Batac. 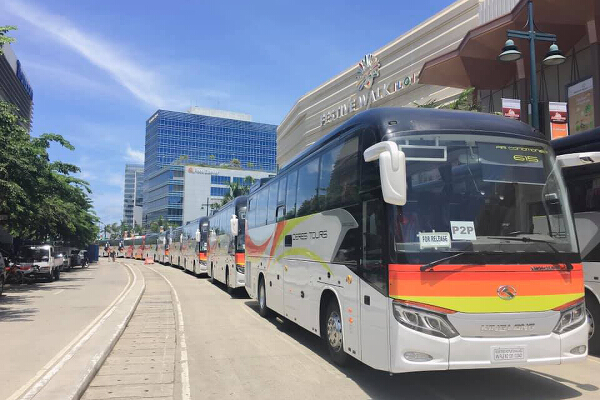 What’s ready, however, are the first Premium Point-to-Point Buses in Western Visayas that LTFRB Region 6 is rolling out today, July 11, with Iloilo Business Park as its main hub in Panay Island. The project is part of the government’s Public Utility Vehicle Modernization Program (PUVMP), a flagship program by the Department of Transportation (DOTr) simultaneously launched nationwide today. 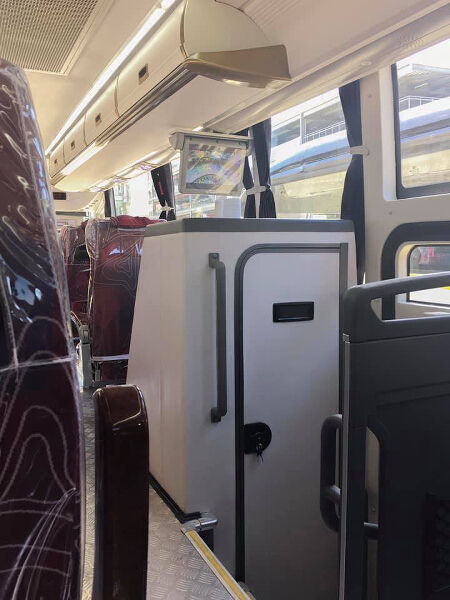 Provincial P2P bus with restroom inside for utter convenience

Around 105 P2P buses, equipped with the auto-pay system, will be launched on July 11, serving the following provincial routes (which shall use bigger buses, some of which even have restrooms inside):

The buses will ply these routes starting tomorrow, July 12. Soon-to-be launched routes include Iloilo Business Park to Roxas Airport, Roxas Ceres terminal, Sara Ceres terminal, Antique, and vice versa. Schedules will be set up at the terminals and will be set during peak travel hours in the morning and afternoon, to coincide with the arrival of flights.

To give you an idea about the fare, the rate from Iloilo Airport to the IBP Transport Hub is P80, with a discounted rate of P64 for PWD, senior citizens, and students. City routes like this one will use smaller buses. Other fare rates will be announced at the terminals. Supposedly, you even get perks for using the P2P, like unlimited coffee at Richmonde Hotel Iloilo and upgrades at McDonald’s in IBP when you show your P2P ticket.

Also to ply routes tomorrow are other modernized PUVs composed of 385 taxis and 165 jeepneys, which are also equipped with the auto-pay system (cashless, reloadable tap card). Even the modern jeepneys have WiFi and air-conditioning. All of them have easy access to Megaworld’s mall, for travelers’ convenience. Megaworld also plans to integrate the transport hubs in all their developments.

It’s an exciting time to be living in and visiting Iloilo City because as it grows, it’s also able to keep up with the demands of its growing number of citizens and local and international visitors. Before traffic even worsens to Manila or Cebu levels, we now have amazing public land transport options that will definitely make it more convenient to travel not just around the city but to other places in Western Visayas.

Did you enjoy this story or find it helpful? Get updated on my latest blog posts; like my page on Facebook and follow me on Instagram.
Tags:
AklanAntiqueBoracayCaticlanIloiloIloilo Business ParkIloilo CityKaliboland transportationMegaworldmodern jeepneyP2P buspublic transportationPUVRoxastransportationWestern Visayas
Click to add or view comments!