Megaworld to bring Belmont Hotel to Iloilo
Located at Iloilo Business Park, the fourth hotel under the homegrown Belmont brand will add 405 hotel rooms in Iloilo City.
Travel | By Trixie Reyna on October 19, 2018

As a Manila girl who moved to a farm in a rural part of Iloilo Province less than a year ago, I’d take every excuse to go to bustling Iloilo City, which is an hour away from where my Ilonggo husband and I live, but it’s always worth the drive. This is actually one of the reasons my husband and I often go on staycations in Iloilo City hotels, especially if it’s a new one. 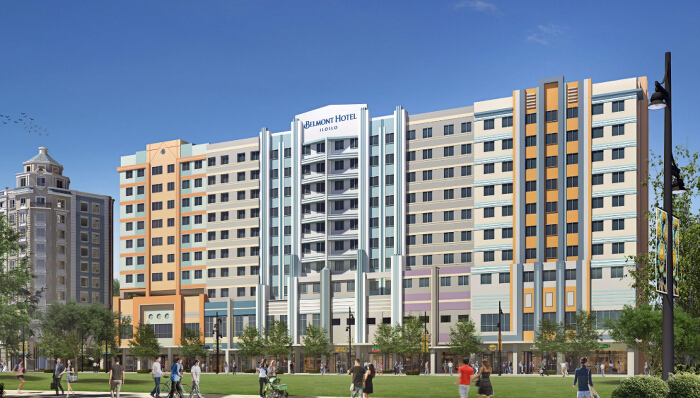 So imagine my excitement and delight when I attended the media event where property giant Megaworld announced that it’s opening a new hotel in Iloilo Business Park: The fourth Belmont Hotel will open in 2023!

My husband and I have stayed in Belmont Hotel in Manila when we needed to stay close to the airport, which is literally across the road. We liked its location, the cocktails at the cozy pool bar, and the warm service. The rooms are cozy, modern, and clean, even if not as spacious as that of, say, Richmonde Hotel, another homegrown hotel brand of Megaworld. 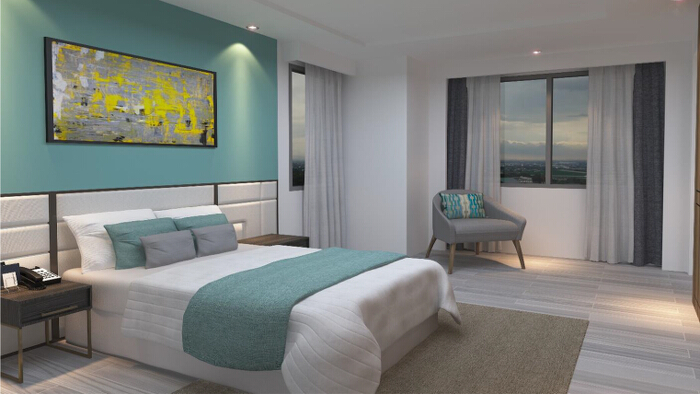 The rooms will likewise have a contemporary design with a relaxing color palette, a swimming pool and in-pool lounge, landscaped deck with pool bar and outdoor lounge, and an equally great location (a Belmont trademark): right smack in the heart of Iloilo City’s own CBD (central business district), the 72-hectare Iloilo Business Park township in Mandurriao, along the vibrant Festive Walk Parade, a 1.1-kilometer stretch of commercial establishments. The 12-storey hotel, which is the third in the entire maturing township, will be within walking distance to the iconic Iloilo Convention Center and Festive Walk Mall. 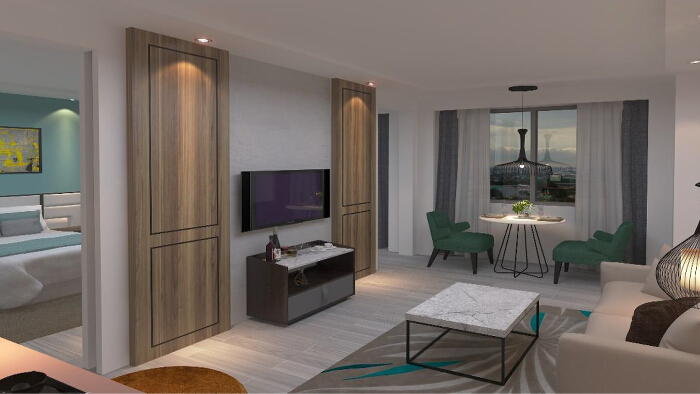 The fitness center will reportedly be bigger and feature a sauna that’s unique to the property. Belmont Hotel Iloilo will also have a function room with a capacity of 180 pax and a spacious all-day dining restaurant with a 100-person capacity. The ground floor of the hotel will have retail shops.

As a full-scale hotel, Belmont Hotel standards will be the same. However, room rates will be a lot friendlier in the Iloilo hotel. While prices have yet to be disclosed (I mean, it doesn’t open until five years from now, after all), it won’t be too far from Richmonde Hotel Iloilo’s pricing. It will also be part of the Megaworld hotels’ Club Access Card (more on this later), further expanding the reach and perks of the said loyalty/privilege card.

I know the opening’s still so far away, but I’m just so excited to share with you the news. My husband and I love hotel staycations, especially since my husband used to be a hotelier himself, and any new hotel in Iloilo is always an excuse to chill in the city. And more importantly, I’m so happy about all the developments in my new home—making it closer to the conveniences, comforts, and luxury of choice that we have in my home city, Manila.

“We have seen the huge potential of Iloilo as a tourism destination. With the Iloilo Convention Center as a main facility for Meetings, Incentives, Conventions, and Exhibitions (MICE), there is no doubt that Iloilo City needs another world-class hotel. And we are bringing another Megaworld homegrown hotel brand, which has gained popularity among business travelers since Belmont Hotel Manila opened in 2015,” said Megaworld Iloilo Vice President for Sales and Marketing Jennifer Palmares-Fong.

According to the Iloilo City Tourism Office, tourist arrivals in the city have remarkably increased in the past five years. In 2017, around 1.08 million local and foreign tourists visited Iloilo City, with most foreign visitors coming from South Korea, US, Canada, Mexico, and Australia. Tourism receipts, on the other hand, reached P19.8-billion in 2017 as registration for tourism-related establishments such as hotels rose by 55% to 1,605 last year compared to those posted in 2013.

“Megaworld’s Iloilo Business Park itself is a tourist destination. Visitors come to the township to visit the Iloilo Museum of Contemporary Art (ILOMOCA), shop and dine at Festive Walk Mall, chill at Festive Walk Parade, attend events at the Iloilo Convention Center, or stay in our world-class hotels. We expect more tourists to come to our township as more establishments and attractions open in the coming months,” said Palmares-Fong.

The second Belmont Hotel is set to open in Boracay Newcoast next year, while the third one will be at The Mactan Newtown, the company’s 30-hectare township in Lapu-Lapu City, Cebu.