Banaag Festival makes for another great reason to visit Iloilo
The annual amazing light show in Anilao, Iloilo heralds a new era for tourism in the fast-growing province.
Travel | By Trixie Reyna on November 8, 2018

How did you spend Halloween night this year? I spent it watching a one-of-a-kind festival that only happens at night, right here in Iloilo, in a town called Anilao (oo, hindi lang Batangas ang may Anilao!). I couldn’t have asked for a more unique way to spend Halloween. 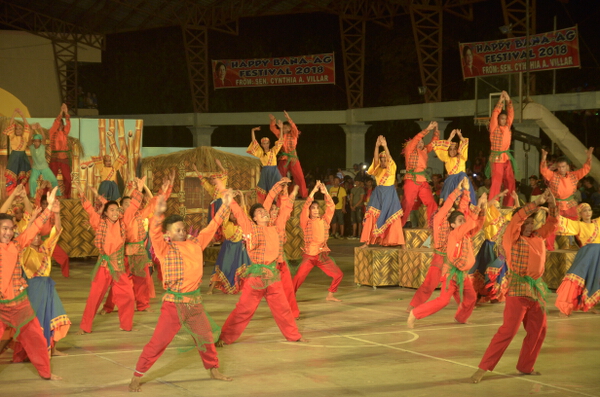 Dinagyang may be Iloilo’s most popular festival, attended not just by Ilonggos but visitors from around the Philippines and abroad, but it’s not the only noteworthy festival Ilonggos can be proud of. In fact, the newly hailed Philippines’ Best Municipal Festival is also held in another town in Iloilo: the Banaag Festival of Anilao.

Banaag Festival has put Iloilo on the spotlight once more and officially placed Anilao, Iloilo on the map of must-visit destinations in the country after bagging First Place and being hailed the Best Tourism Festival (Festival Category, Municipal Level) at the recently concluded 2018 Pearl Awards of the Association of Tourism Officers of the Philippines-Department of Tourism (ATOP-DOT) in Cagayan de Oro last October.

The highlight of Banaag Festival is a dance drama competition, wherein eight competing tribes representing the municipality’s different districts each act out a story based on a given theme in an energizing dance performance that features coloful, elaborate costumes and spectacular sets and props decorated with vibrant lights and torches. Each performance is a sight to behold. 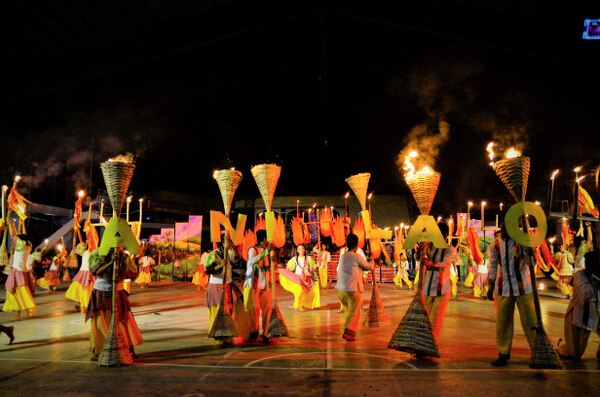 Banaag Festival is a cultural tradition in Anilao, Iloilo, inspired by local sentinels during the Spanish era who guarded bamboo watchtowers and warned residents of incoming pirates by lighting the torch as a signal to flee. Thus, the torch became a precious symbol of unity for the Anilaonons, and this beautiful burning light has become the source of pride and inspiration for the people throughout the years.

I had the opportunity to witness the 14th Banaag Festival in Anilao, Iloilo last October 31, and I saw hundreds, maybe thousands of locals and tourists who came to witness the much talked about Festival of Lights and the fiery culminating program that set the night ablaze with beautiful dancing flames. This year’s Banaag Festival presented fiercer and more enchanting cultural presentations. Community spirit shone bright with their riveting play on lights. 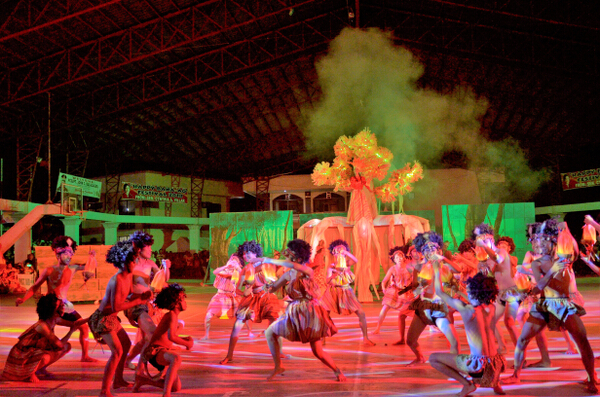 By the end of the night, tribe Hubon Bulalakaw from District 1 bagged this year’s festival championship with their glowing and compelling dance interpretation entitled “Celebrating Anilao’s Conservation Efforts in the Time of Climate Change.” This particular performance was also my personal favorite, as I found the dances truly impressive, the acting convincing, and the props and costumes truly awe-inspiring, besides sending a message that’s very relevant and close to my heart: the need to protect the environment.

This annual festivity highlighting the rich culture and history of the town of Anilao is poised to open up a new era for Iloilo tourism. There’s definitely more to Iloilo than the booming city and Dinagyang. “We are honored and proud that what started as a small community festival 14 years ago has gained national recognition and has now become a sought-after tourist attraction in Iloilo,” said Iloilo 4th District Representative Ferjenel “Dok Ferj” Biron, who led the symbolic lighting of the Banaag Festival 2018 torch along with Anilao Mayor Lee Ann Debuque, Vice Mayor Matet Debuque, and other town officials. 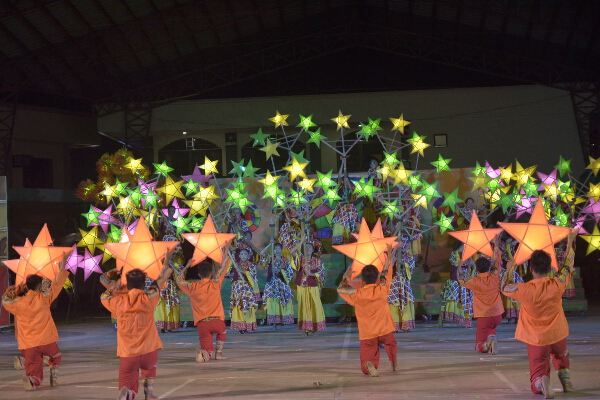 Anilao is a short 1- to 1.5-hour trip from Iloilo City, so you can easily go from your hotel in the city to catch Banaag Festival and head back. There’s no need to spend the night in Anilao yet, what with all the hotel options in the city, but if you choose to stay in Anilao, there are homestays you can check into, according to Mayor Debuque. There aren’t hotels yet in town, but Congressman Biron vows to continue his infrastructure projects for better access to Anilao and other towns to further boost Iloilo tourism. Now that Banaag Festival is known as the Philippines’ Best Municipal Festival, Congressman Biron is confident that his comprehensive tourism plans for Iloilo will be in place to accommodate the expected influx of tourists in the coming years.

“We have already completed several concreting and road widening projects, and travel to these parts of the province has definitely improved compared to the days when we only had narrow dirt roads. We are set to meet the needs of the people coming here. Iloilo will be ready for more tourists, not just in Anilao but in other areas of the province as well,” assured Congressman Biron.

Personally, I can’t wait for more of you to see and experience the beauty and wonders of the entire province of Iloilo. Tara na! Comment below or message me privately if you want more Iloilo travel tips.