Major FOMO when Penn Badgley of Netflix’s YOU visited Manila
If you haven’t started binge-watching this nailbiting series yet, you’re definitely missing out!
Me Time | By Trixie Reyna on January 29, 2019

I first took interest in the Netflix Original series YOU when someone posted on Facebook that it’s their new guilty pleasure. It made me think that maybe, it’s bad but you just can’t help but watch it—it’s totally something I would check out to see for myself, haha.

Now streaming on Netflix, YOU is an American psychological thriller TV series developed by writer, producer, and film director Greg Berlanti and American writer and producer Sera Gamble, and produced by Warner Horizon Television. The story follows a New York bookstore manager Joe Goldberg (Penn Badgley), who falls in love and becomes obsessed with a customer named Guinevere Beck (Elizabeth Lail). Filipino-Canadian actress Shay Mitchell plays Peach Salinger, Beck’s best friend (whom I found mildly annoying, but I think I was annoyed by Beck more). Check out the trailer below if you haven’t seen it yet.

Of course, a great factor was it stars Penn Badgley. As a Gossip Girl fan, I’ve always wondered when he’ll be back on our screens again, even if I did not necessarily like him as Dan Humphrey, the Lonely Boy hanging around the rich kids of New York’s Upper East Side in the series, LOL.

Lo and behold, it seems like he’s bookworm Dan again, stalking and obsessing over a blonde muse. This time instead of being a Brooklyn-based student, he’s a bookshop manager, and instead of pining over Serena van der Woodsen, it’s Beck. Oh, and just like Gossip Girl, YOU is gorgeously set in my favorite city in the whole wide world: New York.

I was able to get my husband to join me in watching the first episode, and we both got hooked. We finished the entire first season in two days. And now we wait for the second season to be released, because boy, what a cliffhanger that was at the end! 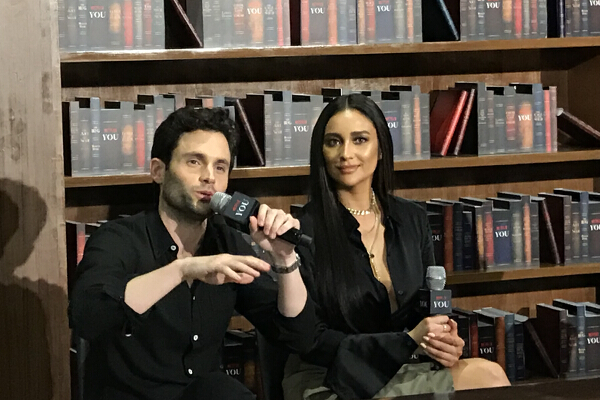 I felt extra FOMO when Penn and Shay recently visited Manila for an exclusive press event and special meet-and-greet with select fans. The pair discussed the success behind YOU while delving into the show’s impact on audiences who use social media—including its effects, both good and bad. Indeed, the show made me think about how much information about my life I share online, and how I now want to keep everything public (but how? It’s my work!). 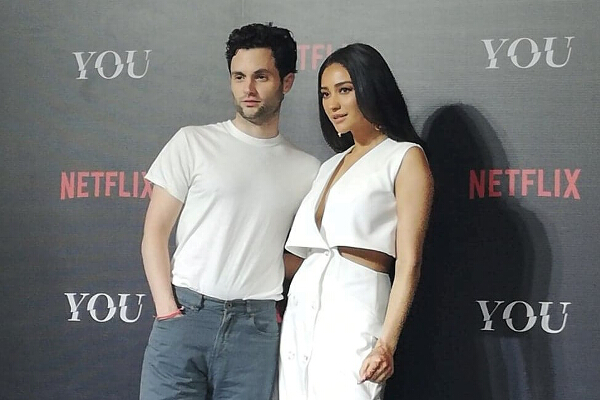 Globe Telecom customers can catch YOU and other electrifying Netflix show titles while on the go through the official Netflix app. Globe Prepaid customers can subscribe to their favorite promos like GoSAKTO90 and GoSURF50. TM customers who subscribe to EasySurf50 and up will get an additional 2GB for free to GoWATCH their fave shows anytime, anywhere from Netflix and other streaming services. It’s never been this easy to #PlayItRight and stream the best entertainment from legitimate sources only.

These Filipino folktale characters will not only take you on a trip down memory lane, they also carry a strong message for the environment
Continue Reading →
Share:
Tags:
ad, aguila, branded content, donation, eco-friendly

Here’s how you can name your own tree and help restore our rainforests in the process
Continue Reading →
Share:
Tags:
advocacy, eco-conscious, eco-friendly, environment, environment-friendly