ILOILO CITY – It’s been a year since I packed up my life in Manila and moved to Iloilo to start a new life here with my husband. I’m always homesick for Manila (it just never goes away), but I didn’t expect it to hit me so hard now that Christmas season is here. For instance, at the Megaworld Media Thanksgiving Party I attended a few days ago, I almost teared up when I watched a video of their Christmas festivities in Megaworld Lifestyle Malls around Metro Manila. There were plenty other moments the past few days that made me miss home so much. 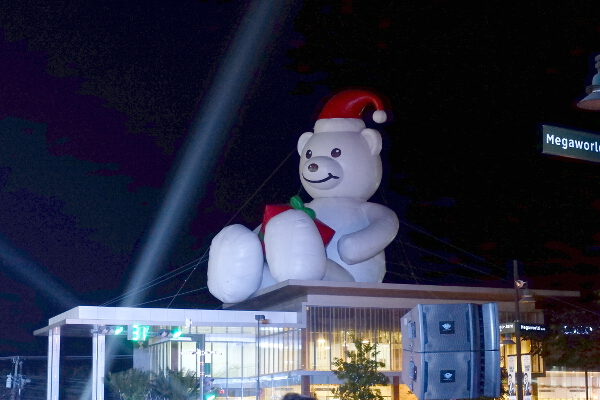 Thus, it meant a lot to me to attend the unveiling of the Philippines’ celebrated giant Santa Christmas Bear—the biggest of its kind in the country at 50-feet tall—in Iloilo Business Park (IBP) yesterday, November 30, which happens to be the first anniversary of my move to Iloilo. In time for the holiday season, Megaworld literally brought a huge piece of home to Iloilo in the form of this iconic white Christmas Bear, the same one that was perched atop the Megaworld HQ in Bonifacio Global City last year. 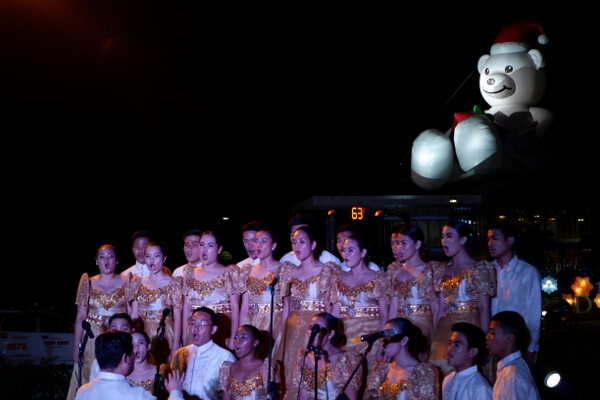 This time, the giant white bear can be seen seated atop the Iloilo Business Park Showroom along Megaworld Boulevard and is visible across main thoroughfares in Mandurriao and nearby Jaro district. The ceremonial lighting of the giant Christmas Bear officially brought Megaworld’s yearly Christmas tradition for the very first time to Iloilo City. I was happy to share that moment with my husband and our new fur baby Charlie. 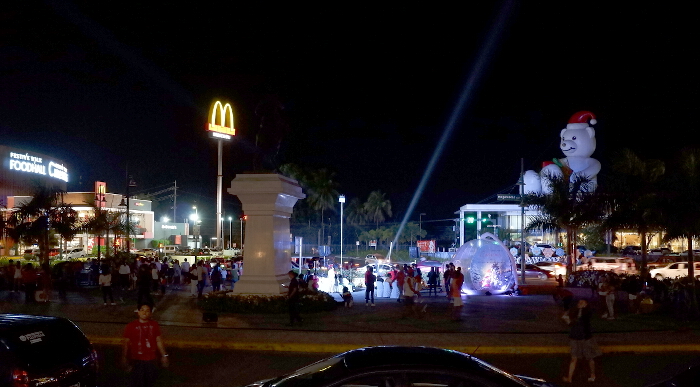 Iloilo Business Park all dolled up for the holidays

The event also kicked off the festive holiday lineup at Iloilo Business Park. Every Saturday and Sunday of December, kids are invited to meet-and-greet sessions with Santa at “Santa’s Corner” at the Festive Walk Mall Atrium. On December 6 and 8, spectators will be treated to a spectacular show courtesy of the LED Light Dancers who will be performing around the mall. On December 15, 23, and 30, meanwhile, guests can witness the skies light up for a Grand Firewords display in the evening. I’m so glad I’ll be back in Iloilo in time to catch the last day of the fireworks. World-class Ilonggo acts will also get the chance to showcase their craft as Christmas carolers entertain mall-goers from Dec. 17 to 24. A Christmas Ballet Special is also happening at Festive Walk Mall on Dec. 22. 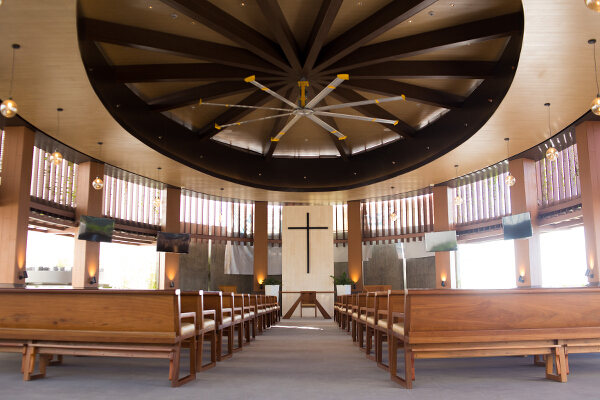 I’m also so glad to learn the “most beautiful mall in the entire Western Visayas” will also host Simbang Gabi at the St. Vincent Chapel (named after St. Vincent Ferrer Seminary, whose priests carry out the Eucharistic liturgical services here), located at the third floor, roof deck garden of Festive Walk Mall, from Dec. 15 to 23 at 6PM. They also have First Friday Mass on December 7 at 5PM, Feast of the Immaculate Conception Mass on December 8 at 5PM, Christmas Day Mass on December 25 at 5PM, and Solemnity of Mary Mass on January 1 at 5PM. The first outdoor chapel in Iloilo Business Park is set with fine architectural designs and high standard facilities that can house up to 500 church goers. You can also visit the chapel during mall hours from 10AM to 10PM, as well as hear Sunday Mass every 11AM. 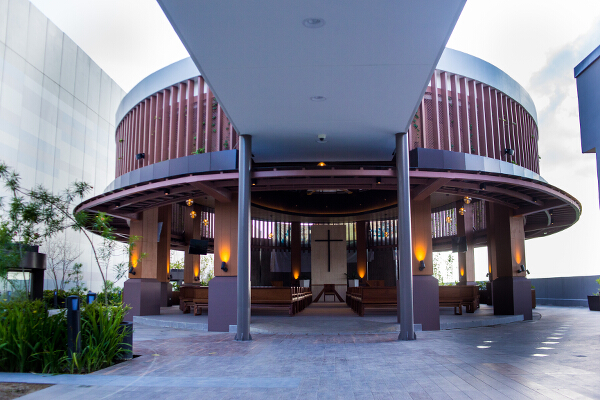 Did you enjoy this story or find it helpful? Get updated on my latest blog posts; like my page on Facebook and follow me on Instagram.
Tags:
ChristmasChristmas eventsFestive Walk MallGiant BearIloilo Business Parkmass scheduleMegaworldMegaworld Iloilo Business ParkMegaworld Lifestyle MallsSanta Christmas BearSimbang GabiSt. Vincent Chapel IloiloSunday mass
Click to add or view comments!

These Filipino folktale characters will not only take you on a trip down memory lane, they also carry a strong message for the environment
Continue Reading →
Share:
Tags:
ad, aguila, branded content, donation, eco-friendly