These Filipino folktale characters will not only take you on a trip down memory lane, they also carry a strong message for the environment
Globe and Hineleban Foundation’s latest campaign bring attention to massive deforestation.
Me Time | By Trixie Reyna on November 9, 2019

I grew up hearing from my grandparents and reading stories about Filipino mythical creatures like the tikbalang, nuno sa punso, diwata, and engkanto. These were the stories that kept me up all night, haha, but which I also carry fondly in my heart up to adulthood. And now that I’m a mom-to-be, I know I’ll be telling my daughter these stories one day, too, when she’s a little bit older.

So it was easy for me to get behind Globe and Hineleban Foundation’s new campaign to engage the public—most especially the younger generation—and teach them about rainforestation through stylized Philippine folktale characters: the tikbalang, nuno sa punso, diwata, engkanto and engkantada, and the aguila. 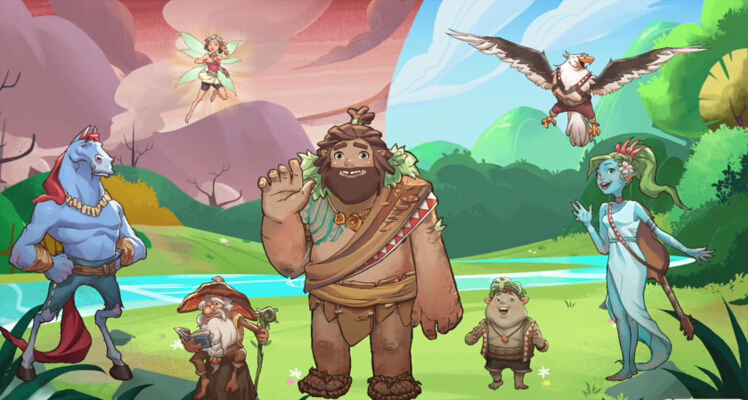 These characters represent the now-homeless mythical creatures who were displaced from their natural forest habitat (know more about their stories in this video). Not only will it drive awareness on the importance of planting more endemic trees and protecting the forests due to the estimated 47,000 hectares of forest cover that the Philippines loses annually to the destructive effect of deforestation, it will also help revive our Filipino folklore so that young people like my daughter can get to know them again.

Contrary to the scary stories, this version of the Kapre is a “gentle giant” who serves as the leader of the forest creatures who look up to him for guidance and direction. When their home in the forest got destroyed from deforestation, he got lost trying to protect his friends. Now he is in the city feeling out of place as he is forced to spend his life alone with the noise, pollution, and cruelty of the city.

Kit is the kind-hearted tikbalang who lost the love of his life along with his family when their forest home was destroyed. Now he wanders the city crying and looking for his loved ones.

Tatang is the nuno sa punso who never thought he would outlive even the youngest of his clan but illegal loggers came and attacked his home, causing devastation to his community. He followed the men to the city to find justice, forcing him to live alone, building a punso from the city’s trash.

There is also Debbie, the diwata known for her enchanting beauty. When she lost her dwelling due to kaingin (slash and burn), she was forced to live in the city but the pollution and gunk made her lose her beauty.

Joining Debbie are the engkanto Enzo and engkantada Erika. Enzo likes going around the forest, playing around nooks and corners but massive deforestation made him lose his way as he played, leading him to a foreign land: the city. Erika, on the other hand, is known for her alluring voice, and uses her singing to communicate. Creatures in the forest would listen to her sing every day until illegal logging forced her into the city where noise pollution drowned out her voice.

Finally, there is Aguila, who brought to life the first man and woman, Malakas and Maganda, when he cracked open a bamboo trunk. As he sees his beloved forest being destroyed by people, he feels responsible for giving life to them and vowed to stay in the sky and never land, watching what remains of the forests and helping the remaining forest creatures. But with pollution contaminating the sky, Aguila is finding it more and more difficult to stay in the clouds.

To help replenish the Philippine primary rainforests, not just for the sake of Kit, Tatang, Debbie, Enzo, Erika, and Aguila but most especially for our future generations, start planting a tree. Donate via hineleban.org/donate/, where every P100 given is equivalent to one tree that will be planted under the donor’s name.

Follow important updates about the campaign through Globe Bridging Communities.

Disclaimer: This was posted due to some form of partnership with Globe.

Did you enjoy this story or find it helpful? Get updated on my latest blog posts; like my page on Facebook and follow me on Instagram.
Tags:
adaguilabranded contentdonationeco-friendlyengkantadaenvironmentFilipino folklorefolklorefolktalesGlobeGlobe Telecomgood causesHineleban Foundationkaprenuno sa punsorainforestationrainforestssustainable lifestyletree planting
Click to add or view comments!