Today’s your last chance to win tickets to watch Super Junior Live in Manila!
Read on for details of an exclusive Globe GoSURF promo for ELFs who are Globe Prepaid subscribers—it ends June 27, 2018!
Fun Stuff | By Trixie Reyna on June 27, 2018

Because of this post, I found out there are a lot of K-Pop fans among my readers, so in case some of you adore the multi-award-winning K-Pop group Super Junior, here’s a bit of good news for you! 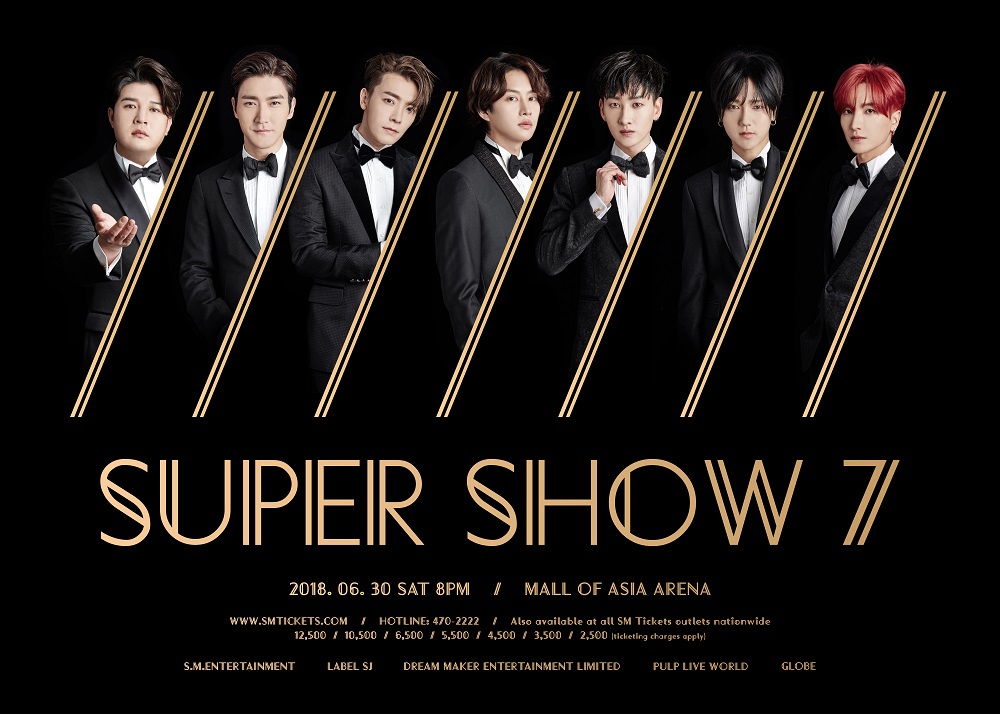 Super Junior is set to make fangirls squeal anew as they return to the country for another heart-stopping concert. If you haven’t saved enough for a ticket, don’t fret. You still have a chance to see them live because Globe is giving away 12 VIP tickets to the “Super Show 7″ Manila leg!

Until today, June 27, 2018, Globe Prepaid customers registered to GoSURF have a chance to witness the Kings of Hallyu in the flesh at “Super Show 7″ slated on June 30, 2018, Saturday, at the SM Mall of Asia Arena. So if you want to get a raffle entry, simply register to any GoSURF offer for a chance to win. You can get as much as 200 raffle entries with GoSURF999!

After subscribing to a GoSURF promo, validate your entry by texting SS7REG to 2346. Registration is one-time and free of charge. Customers can also check the number of raffle entries by texting SS7PTS to 2346.   Twelve lucky winners will take home one VIP ticket each. Watch the official Globe Facebook and Twitter pages for the announcement of winners.

Super Junior is composed of Leeteuk, Heechul, Yesung, Shindong, Siwon, Donghae, and Eunhyuk. The legendary K-Pop group also known as SUJU has greatly contributed to spreading the Hallyu fever (AKA Korean Wave) around the world. “Super Show 7″ is the anticipated comeback of Siwon, Eunhyuk, and Donghae to the concert stage after serving two years in the military.

It’s going to be a “Good Day for a Good Day” if you win because you get to watch these “Scene Stealers” in “Black Suit” as they sing and dance to your favorite SUJU hits. Load and register to GoSURF for a chance to sing all your favorite songs with the boys live!

Did you enjoy this story or find it helpful? Get updated on my latest blog posts; like my page on Facebook and follow me on Instagram.
Tags:
concertDonghaeEunhyukgiveawayGlobeGlobe PrepaidGlobe TelecomHallyuHeechulK-PopKoreanKorean boy bandKorean singersLeeteukpromoraffleShindongSiwonSUJUSuper JuniorSuper Show 7Yesung
Click to add or view comments!