Why Marvel Studios’ Ant-Man and The Wasp is worth watching
Also find out how you can win free passes to see the movie through fun activities from Globe this weekend!
Fun Stuff | By Trixie Reyna on July 10, 2018

Marvel’s Ant-Man and The Wasp seems underwhelming and anti-climactic after the action-packed, mind-boggling, and heart-wrenching Avengers: Infinity War, but give it a chance—it just might offer a clue into what happens in Avengers 4 and tide you over until we see the resolution of this mess Thanos made. Besides, it’s a fun movie! 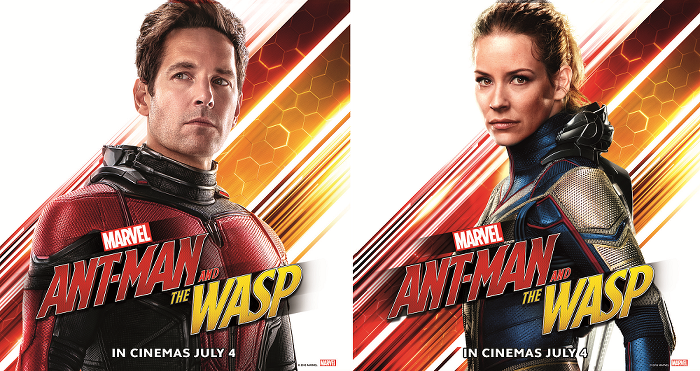 According to Producer Kevin Feige, Ant-Man and The Wasp, AKA Scott Lang (Paul Rudd) and Hope Van Dyne (Evangeline Lilly), are very important characters to what happens next in the Marvel Cinematic Universe (MCU). Both will have a major influence in the resolution of the events in last April’s Avengers: Infinity War.

In a recent featurette released by Marvel Studios (watch it below), Feige declares, “Ant-Man and The Wasp also directly connects to Avengers 4. These characters are going to be very important going forward.”

If you’ll remember, for his participation in the epic airport brawl in Captain America: Civil War, Scott was thrown in jail, but was later liberated by Captain America. Avengers: Infinity War elaborates on this when Captain America explains that Scott took a plea deal and is living under house arrest. Gallivanting around the world as a super-outlaw and spy would have taken too much of a toll on his family, so he elected to hang up his costume.

But as he struggles to rebalance his home life with his responsibilities as a superhero, Scott finds himself suiting up as Ant-Man once again when he must join forces with The Wasp on an urgent mission to uncover secrets from the past. Oh, and like with all Marvel movies, you have to watch it all the way until after the credits. That second to the last bonus scene totally made me WOAH in surprise and realization! 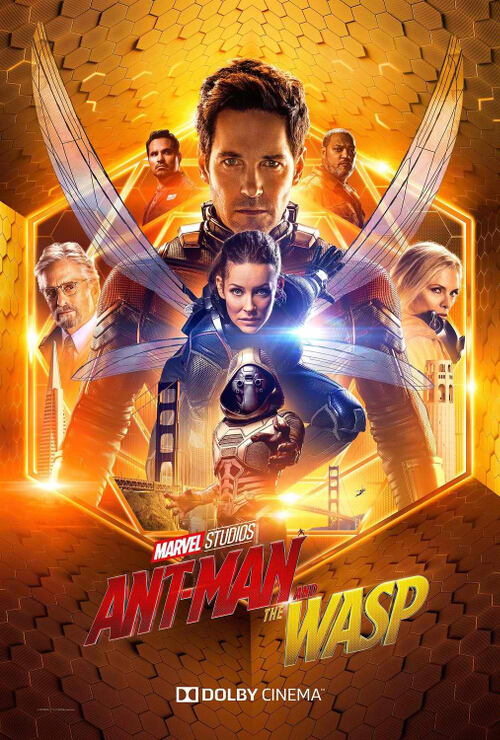 If you ever wanted to see yourself shrink in size a la Ant-Man, drop by SM Abreeza in Davao on July 13-14 or Ayala Center Cebu and Glorietta 2 Activity Center on July 14-15 to experience the Shrinking Photo Booth! Just register to GoSAKTO 140 with 2GB of data, unlimited calls to Globe & TM, and unlimited texts to all networks valid for 7 days for only P140. GoSAKTO 140 is now made even bigger with free 2GB for videos and games. Once registered, do your best Ant-Man or Wasp impersonation, get a GIF from the photo booth, and a free ticket to Ant-Man and The Wasp.

You can also join in on the fun online with various contests from Globe pages, where you can try to spot the tiny dynamic duo and take a screenshot. Movie passes and exclusive Marvel merchandise are up for grabs, so stay tuned!

Let Globe power your superfandom with free 2GB to GoWatch and Play all the videos and games you love. Access your favorite video streaming and gaming apps and sites including Netflix, YouTube, HOOQ, NBA, Disney, Cartoon Network, Arena of Valor, Mobile Legends, Clash of Clans, and Clash Royale. Stream and play away without worrying about consuming your GoSAKTO or GoSURF MBs. To learn more about this promo, text WNP INFO to 8080.

Did you enjoy this story or find it helpful? Get updated on my latest blog posts; like my page on Facebook and follow me on Instagram.
Tags:
Ant-ManAnt-Man and The WaspAvengersAvengers: Infinity WarCaptain AmericaCaptain America: Civil WarCebuDavaoDisneyEvangeline Lillyfree ticketsfreebiesGlobeGlobe promoGlobe TelecomMarvel Cinematic UniverseMarvel StudiosmoviemoviesPaul RuddpromoThe Wasp
Click to add or view comments!