No, it’s not a dating app, sorry to disappoint you. If you’re a Globe subscriber or seriously thinking about switching, here’s another incentive for you: You can look forward to more than 10,000 movies, television episodes, and TV shows, including titles from partners Sony and Warner Bros—think Hollywood movies such as Harry Potter, Spider-Man, The Dark Knight Rises, Men in Black, and Inception, and TV series such as Gossip Girl, Friends, and Smallville—conveniently and clearly on your mobile, as they partner with HOOQ, Asia’s new video-on-demand service.  It will kick off in the Philippines later this month, in partnership with Globe Telecom, so watch for it soon!

HOOQ (pronounced as “hook”), a start-up joint venture of Singtel, Sony Pictures Television, and Warner Bros. Entertainment, will let Globe subscribers enjoy unlimited online streaming access and an offline viewing option of top Hollywood and international movie and television content through any device—be it your laptop, smartphone, or tablet. Imagine having all your favorite movies and TV series in your device of choice, wherever you are!

Aside from the Hollywood movies and US TV series, you’ll also have access to local film and TV content, as they partnered with the country’s top TV networks, GMA Network and ABS-CBN, and studios like Viva Communications and Regal Entertainment. Missing Bituing Walang Ningning, Mano Po, My Husband’s Lover, Mulawin, and even the classic Mara Clara? Now you can indulge your nostalgia with this, anytime and anywhere, without a TV!

HOOQ will soon be available first to Globe subscribers on a plan-based service for P199 per month for access to thousands of movies and TV series—far more affordable than buying a ticket for just one movie and far more convenient than having to be bothered to come home just to catch your favorite TV show on time, or worse, downloading it illegally. It will also be offered as a bundled service with the telco’s GoSURF and Tattoo broadband services. Click through the gallery below for a closer look and a sneak peek at the mobile interface. 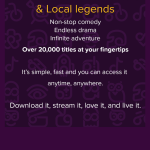 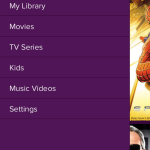 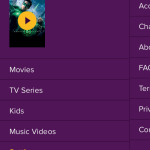 But yes, the service will also be accessible to all customers in the Philippines through its website, HOOQ.tv, where you can watch videos of your choice and pay for the subscription by credit card.

Watch this space for more updates on the service and the interface once it goes live!