There’s always a first time for everything, and even if I love my alcoholic beverages, it was only recently that I tried cognac for the first time—Hennessy V.S.O.P. Privilege, at the opening of a one-of-a-kind art exhibit in Makati. 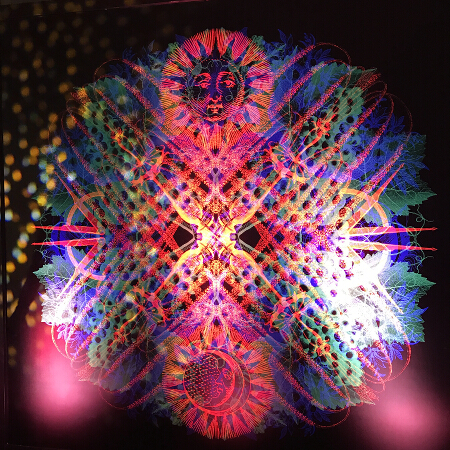 The Carnovsky design on the bottle

As tribute to the RGB concept created by the Milan-based duo of Carnovsky (Italian-born Francesco Rugi and Colombian-born Silvia Quintanilla) for iconic cognac brand Hennessy V.S.O.P. Privilege, Moet Hennessy Philippines has partnered with artist Egg Fiasco and 18 of the top contemporary Filipino visual artisans to create the RGB Live Colors Exhibit, currently displayed at the RONAC Art Center in Magallanes until May 5. This amalgamation of local talent highlights the strong collaborative tradition of art and Hennessy V.S.O.P. Privilege. 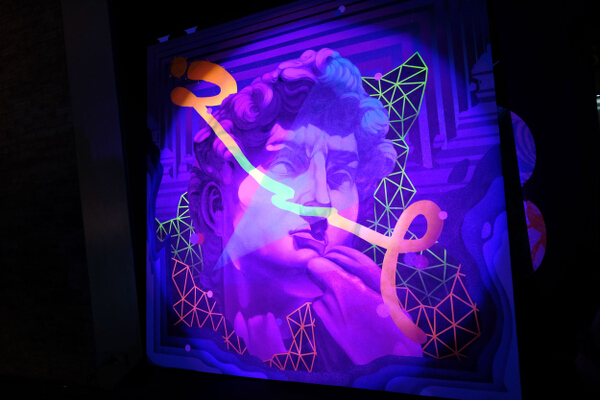 Carnovsky pioneered the “RGB Project,” a process of creating, enhancing, and replicating images using the digital world’s three primary colors: red, green, and blue. The Carnovsky signature, a visually striking blend of 17th century illustrations and digital landscaping techniques, has placed the artists at the forefront of the contemporary design scene. The V.S.O.P Privilège Limited Edition for Holiday 2016 is the duo’s first collaboration with the Maison Hennessy. 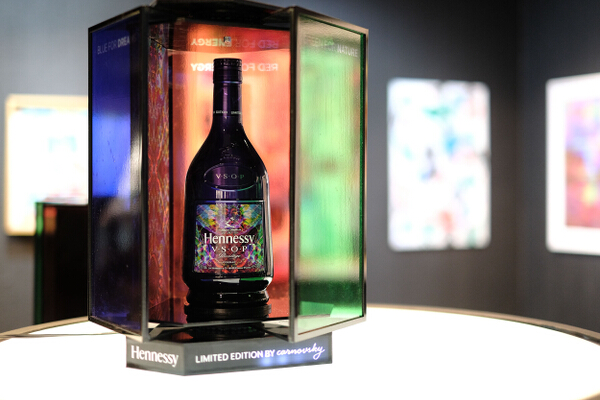 The blend inside the 2016 V.S.O.P Privilège Limited Edition Bottle is the original V.S.O.P Privilège blend, a very versatile cognac that easily matches every tasting occasion—whether enjoyed neat, on the rocks, as a long drink, or in a more creative mix. Hennessy V.S.O.P Privilège blends eaux-de-vie (French for spirits, translated as “water of life,” or a clear, colorless fruit brandy) from the four best growing areas of the Cognac region to create a well-balanced blend of richness and smoothness. 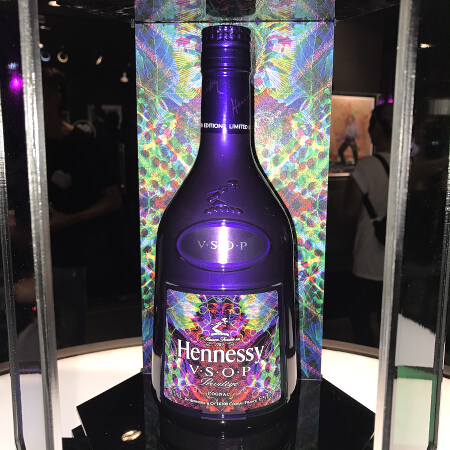 For the opening of the art exhibit, Hennessy got Manila bartenders to concoct cocktails based on the three colors, all of which has Hennessy VSOP as its alcohol base: The Green (which looked a bit on the yellow side) mixed the cognac with Cucumber Monin, Agave, Limoncello, and Sprite; The Blue has unsweetened lemon juice, agave, Malibu, Sprite, and Blue Curacao; and The Red has Grenadine, sour mix, agave, and Sprite in the mix. All three cocktails were super sweet. 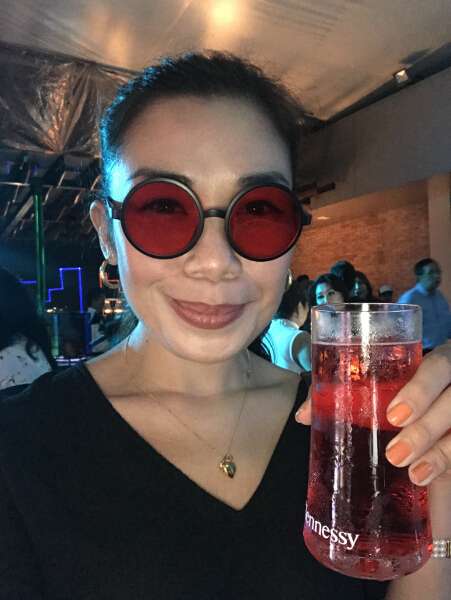 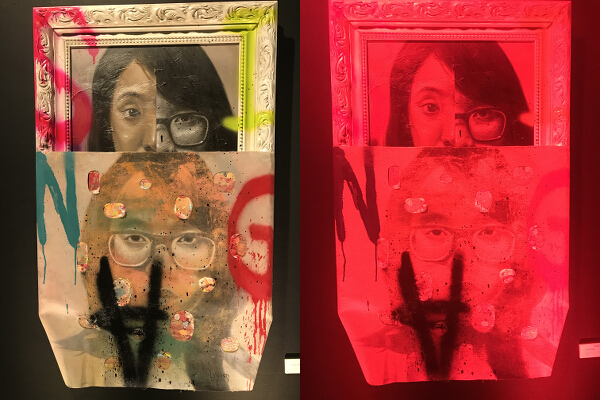 The artwork on the left as seen without colored lenses; on the right, you’ll see how it looks when wearing red lenses.

Click through the gallery below for a preview of the works on exhibit, including photos of some of the artists and the familiar guests.

According to Hennessy V.S.O.P. Privilege Brand Manager Michelle Cu Unjieng, “The design for this Hennessy V.S.O.P Privilège Limited Edition with Carnovsky extrapolated Hennessy’s story into layers, expertly blending RGB—Red, Green, and Blue overlays—to illustrate the origin of Hennessy V.S.O.P Privilège. Although they coexist harmoniously to the naked eye, these three narrative layers take on an unexpected depth and reveal the invisible stories beneath when viewed through a colored filter.” 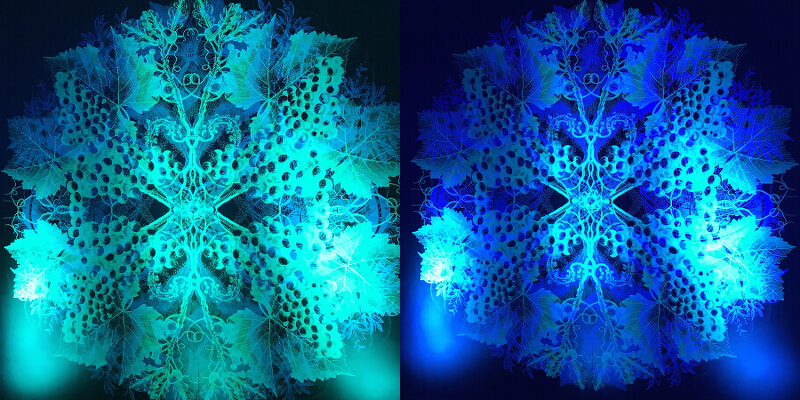 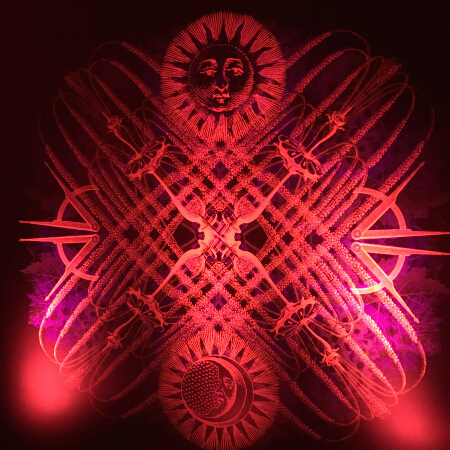 The Carnovsky design as seen through (clockwise from top left) green, blue, and red lenses (placed over my iPhone 7′s camera lens)

Michelle also adds the meaning of the colors in the personality of Hennessy V.S.O.P. Privilege. “Red symbolizes the energies and the forces involved in creating V.S.O.P Privilège, [with] the red filter highlighting the sun and the moon, evoking the time required to mature eaux-de-vie. Green, on the other hand, is the nature and its fruits. In this layer, the lushness of nature comes through in vine shoots, the leaves from antique V.S.O.P labels, the grape, and the mighty oak used to make barrels. And blue [is for] the dreamscape of a sensorial journey and the experience of tasting V.S.O.P Privilège, symbolized by a sailing vessel. 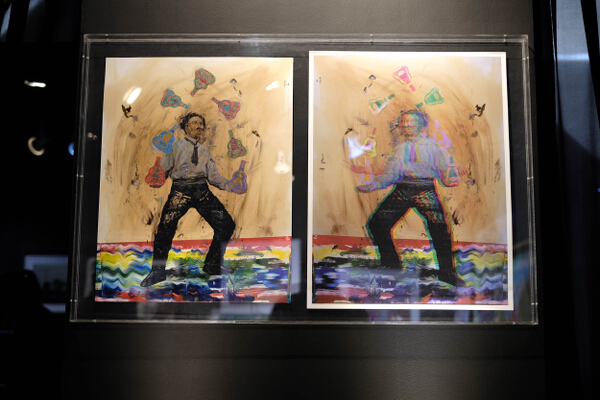 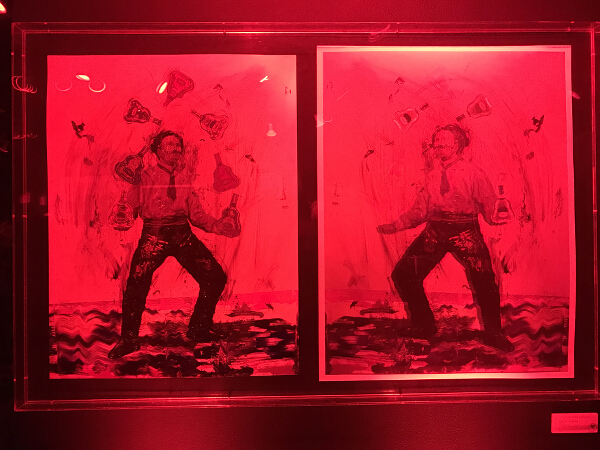 Catch the exhibit until this Friday at RONAC Art Center in Magallanes, and experience this stirring collection—best enjoyed with Hennessy V.S.O.P Privilège.