Good News Sunday: Globe drives PH positioning as “Digital Lifestyle Capital of the World”
Sharing a bit of good news for the country to kick off another blog special I'm introducing.
Fun Stuff | By Trixie Reyna on May 31, 2015 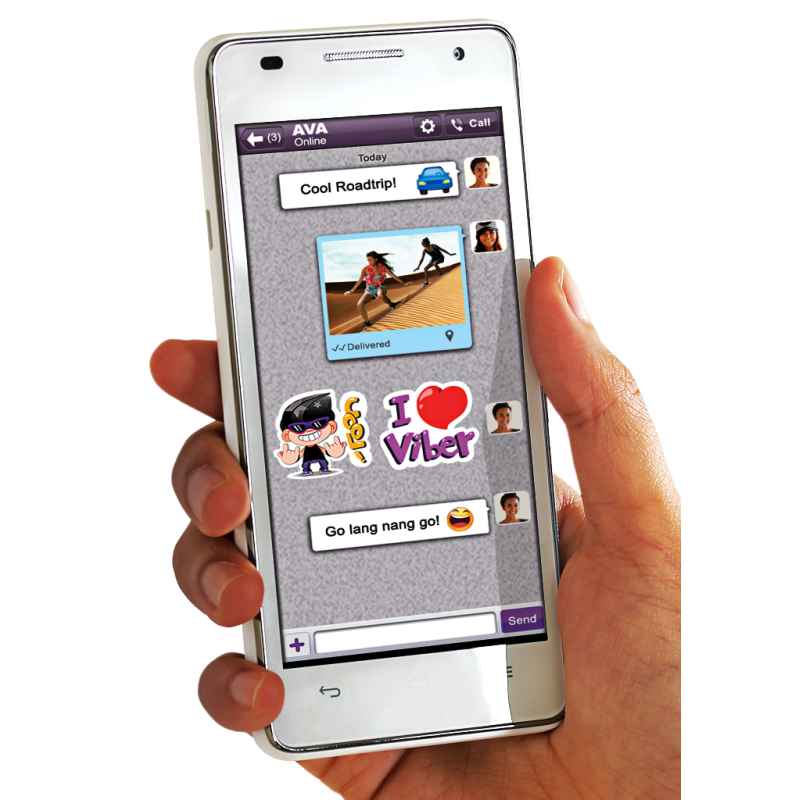 As someone who switched back to Globe just in March this year, after over two months of suffering my old mobile service provider’s hassles of really poor mobile signal and slow or non-existent mobile internet most of the time, I can really say I’m happy with Globe Telecom’s service so far. I go in and out of town every month—sometimes every other week—and its signal and LTE has been very consistent wherever I am, even on remote islands sometimes.

I learned that Globe’s better network experience is thanks to 100% 3G and 4G HSPA+ nationwide coverage as well as the increasing pervasiveness of its LTE network around the country—something I can definitely attest to.

So it didn’t really surprise me when I heard the news that Globe Telecom leads the drive toward positioning the country as the “Digital Lifestyle Capital of the World” through fast and easy data access as well as highly-affordable content and apps, as noted in a story carried by highly-influential American online news aggregator Huffington Post entitled “Philippines: A Digital Lifestyle Capital in the Making?”

The article talks about the local Digital Lifestyle landscape, which it defines as “one’s reality powered by apps, sites, and gadgets that compliment one’s physical lifestyle.” The Philippines currently has 44.2 million Internet users, 90% of which have active social media accounts. It currently leads in average “Time spent on the Internet” through laptop and desktop, and one of the highest via mobile worldwide. It also records the highest total screen time spent in social networking with 42% based on the We are Social’s Digital Report.

“Mobile operators along with local mobile phone brands drive smartphone and mobile internet penetration in the Philippines. Globe Telecom, the leading network for smartphones covering data traffic of 87,000 terabytes with an increase of 270% year on year (compared to its main competitor, PLDT Group 48,000 terabytes of data with 167% growth) has strongly influenced the digital lifestyle of Filipinos,” it stated.

As of March 2015, Globe mobile data revenues significantly grew by 58% from previous year’s P2.8 billion and by 8% from previous quarter’s P4.1 billion (I’d like to believe I contributed to this, haha!). Meanwhile, combined mobile Internet revenues of Smart and Sun rose by only 19 percent to P2.2 billion from P1.9 billion in the same three months of last year. 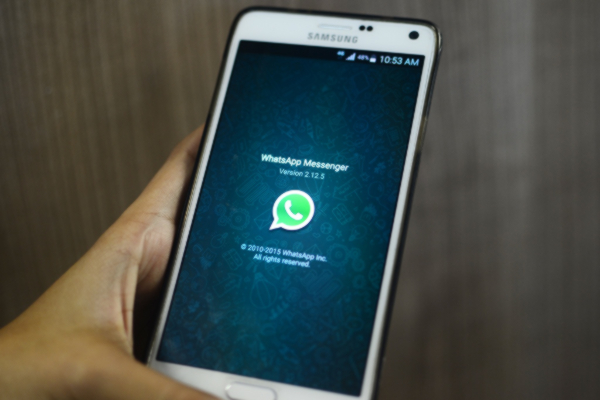 Propelling the growth of the company’s mobile data business were its partnerships with global content providers such as Google, Facebook, Viber, Spotify, NBA, WhatsApp, and HOOQ (read more about this partnership here) to enrich the customer experience.

If you’ll remember, the Philippines became one of Facebook’s first successful test beds for the concept of free Facebook through its relationship with Globe in 2013. The service, which was initially offered for three months, paved the way for Globe to double its mobile data user base and increase its mobile browsing and other data revenues by 42% by end-2013 as compared to the previous year. 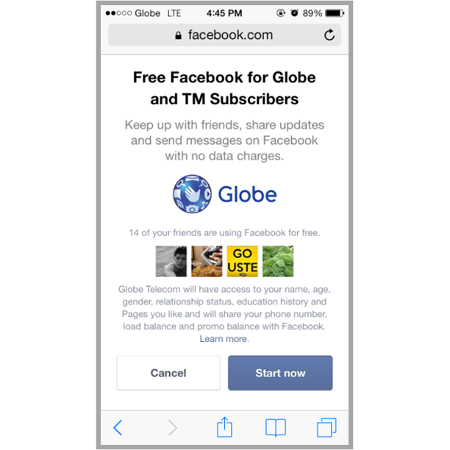 Likewise, Spotify, the world’s most popular music streaming service, reveals that the Philippines is its second fastest-growing market globally as well as its biggest market in the Asia-Pacific region. An exclusive partner of Globe, the music streaming service celebrated a record-breaking 2.5 billion music streams from music fans across Luzon, Visayas, and Mindanao—the highest number of streams garnered from any Asian market a year from launch. 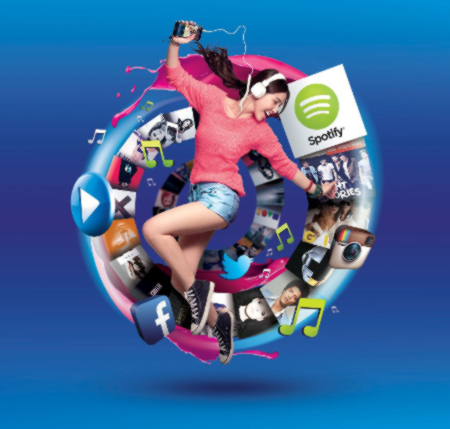 At the same time, online entertainment service HOOQ continues to gain traction among entertainment-loving Pinoys through the team-up with Globe, enabling access over 10,000 international and local movies and TV series across multiple devices. A joint venture between Singtel, Sony Pictures Television, and Warner Bros. Entertainment, HOOQ has surpassed the one million mark in streaming minutes viewed since it launched in February this year. The HOOQ app has also generated over 30,000 downloads from iTunes and Google Play store. 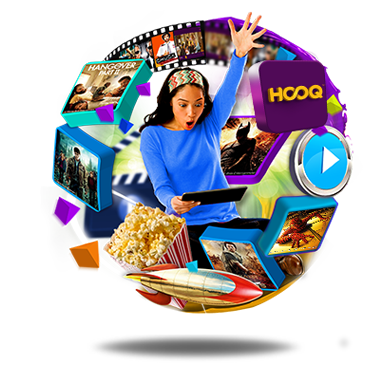 The Filipinos’ love for apps and content encouraged Globe to introduce the innovative service called new myLifestyle Plan (I wrote about my own experience getting this plan here). According to the Huff Post article, “Globe automatically throws in what used to be its core services, the regular calls and texts, as a basic unlimited service for about US$14, then gives its Filipino users the option of various data allocations and lifestyle bundles.”

The new myLifestyle Plan provides Globe customers like me access to paid content and apps as add on offers in postpaid plans. Such strategy enables more Filipinos to follow the NBA Playoffs, enjoy the freedom to select songs at ease via Spotify, choose among the widest set of movies and TV shows through HOOQ without worrying about data cost, and continuously keep in touch with friends, among other things. With this, we can use our data allocation for other Internet services and focus more on adding to the steadfast climb of social media data produced in the country.

Did you enjoy this story or find it helpful? Get updated on my latest blog posts; like my page on Facebook and follow me on Instagram.
Tags:
GlobeGlobe TelecomGood News SundayHOOQinternetmobilemobile brandmobile internetmyLifestyle Planpost-paid plansocial mediaSpotifytelco
Click to add or view comments!