The coolest events you shouldn’t miss at Dinagyang Festival 2019
Here’s your guide to having the most fun in Iloilo this weekend.
Fun Stuff | By Trixie Reyna on January 24, 2019

I’m feeling major FOMO because I’m in Manila all week, while everyone flies to Iloilo to join Ilonggos in the annual revelry that is Dinagyang Festival, which is ongoing until January 27, 2019. Except for one year when I finally had the chance to experience Dinagyang, I’ve been missing the grand party because it usually falls close to my birthday, which I prefer to celebrate with family and friends (who are all in Manila).

However, that doesn’t mean I can’t share with you the best ways to enjoy Dinagyang each year! And Ilonggos and partygoers from out of town are in for a treat at this year’s festival, which has all the elements of an epic event: breathtaking tribal dance competitions, colorful street parties, mouthwatering culinary affairs, and grand fireworks displays. Check out the exciting lineup of activities below: 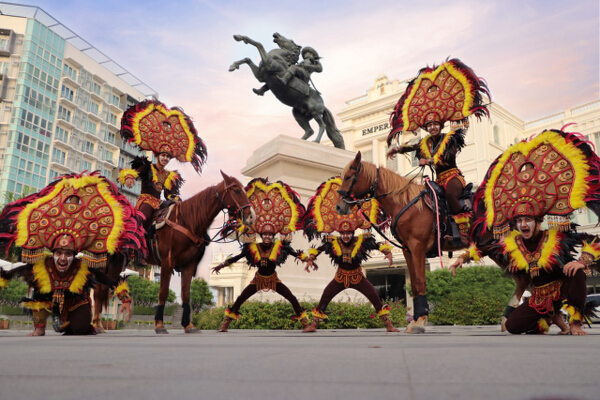 Kick off your Dinagyang experience with a bang at Festive Walk Parade when local rock group Urbandub brings their epic performance to the Iloilo stage on January 24, while local indie band Ransom Collective takes the stage on January 25. Both performances will begin by 11pm.

If you’re into beauty pageants, you can witness the grand coronation night of Miss Iloilo Dinagyang—one of the biggest highlights of the annual festival—on January 25, 6pm, in front of Casa de Emperador along Megaworld Boulevard. 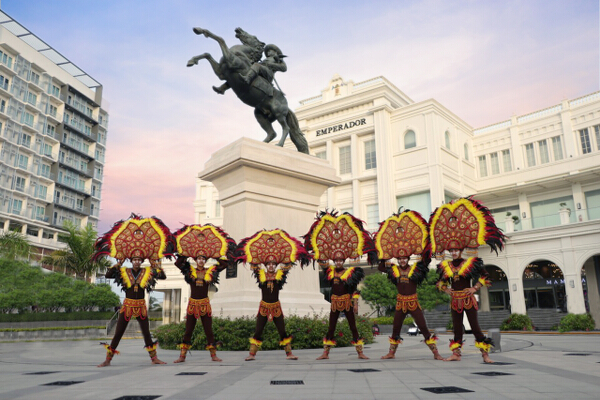 The same venue will also host the Viva Music Festival, an all-night dance and music party from January 25 to 27. Headlining the list of performers during the three-day event are iconic rock group Kamikazee, international DJ Jetfire, and celebrity love team Nadine Lustre and James Reid.

The much-anticipated Dinagyang Lights Parade featuring more than 20 colorful floats will be held on January 26, Saturday, 6pm at Festive Walk Parade. This will be followed by the grand Dinagyang Fireworks Display at 9pm.

The Apartel—headlined by legendary Filipino music icon Ely Buendia—is another highly anticipated act as they perform before the Dinagyang crowd on January 26, while Up Dharma Down adds more to the revelry with a live performance on January 27. Both concerts are at Festive Walk Parade. 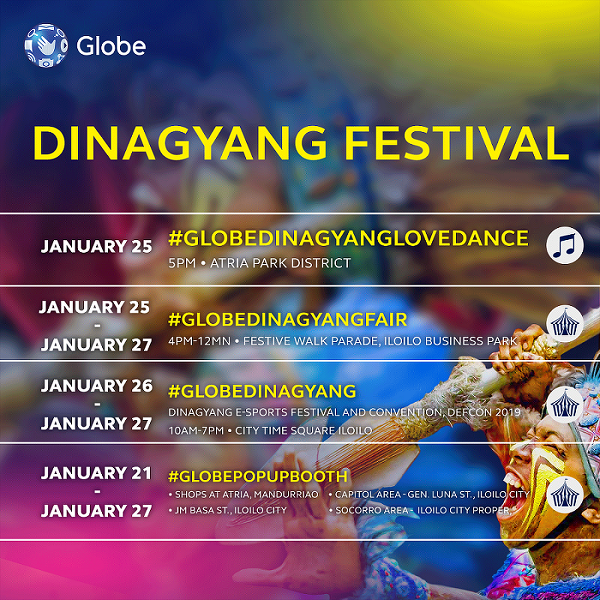 Globe Telecom brings premium items and freebies to all festivals it participates in, and of course there’s loads at Dinagyang. Visit the #GlobeDinagyang Fair on January 25 to 27 at Festive Walk Parade and the Globe Pop-Up Booths open now until January 27 at Shops at Atria, JM Basa St., Capitol Area, and Socorro Area. Mobile customers may register to GoSAKTO or apply for ThePLAN to get special freebies and movie vouchers. Home broadband customers can get a chance to win a Samsung HD TV and one-year Netflix subscription when they subscribe to a Globe At Home postpaid line, purchase a Globe At Home Prepaid WiFi, or register to HOMESURF999 or HOMESURF1499.

Are you a gamer? Get your game on at the Dinagyang Esports Festival and Convention (DEFCon 2019) from January 26-27, 10am-7pm, at City Time Square Iloilo. Bring your friends along and join the League of Legends Championship. Play your favorite games such as NBA Live and Tekken, plus meet your favorite cosplayers. Just register to GoSAKTO90 or purchase a Globe At Home Prepaid WiFi to get a freebie.

Tourists and locals alike can sample the best Ilonggo street delicacies at the strEAT Party Food Festival by the Iloilo Hotel Restaurants Association from January 24 to 27, 4pm onwards, at Festive Walk Parade. 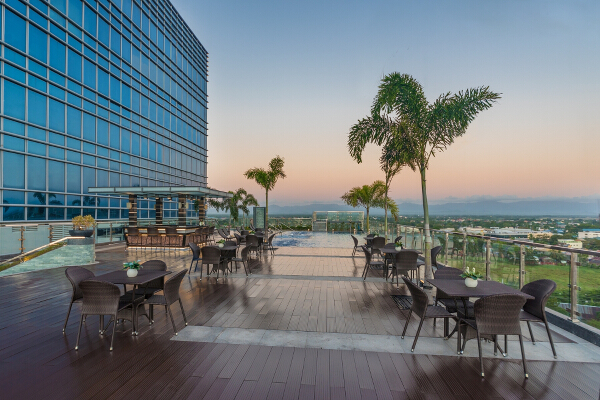 Make sure to share your #GlobeDinagyang experience in real time when you register to GoSAKTO90. You’ll get 2GB data and unlimited texts to all networks valid for 7 days. GoSAKTO90 customers will also receive additional FREE 2GB data to GoWATCH and PLAY on video streaming sites like YouTube, Netflix, DisneyLife, iflix, HOOQ, Viu, Tribe, Cartoon Network, NBA, One FC, and FOX+, as well as mobile games like Rules of Survival, Arena of Valor, Mobile Legends, Clash of Clans, Clash Royale, Pokemon Go, and Free Fire. Plus, get a FREE 30-day one-time premium subscription to iflix, Viu, HOOQ, and DisneyLife, as well as in-game items on Rules of Survival and Arena of Valor.

Maybe next time my friends and family should just fly to Iloilo to celebrate my birthday and Dinagyang with me, don’t you think so?

Did you enjoy this story or find it helpful? Get updated on my latest blog posts; like my page on Facebook and follow me on Instagram.
Tags:
#GlobeDinagyangDinagyangeventsfestivalsGlobeGlobe TelecomIloiloIloilo Business ParkIloilo CityMegaworldMegaworld Iloilo Business ParkpartiesRichmonde Hotel Iloilostreet foodstreet party
Click to add or view comments!