Yes, we can now get Amazon Prime Video and Twitch Prime with Globe!
I also listed the 10 Prime Originals I'm excited to watch with my husband when we get our free six months as Globe Postpaid and Globe At Home subscribers.
Fun Stuff | By Trixie Reyna on October 3, 2018

I love how we’re getting more and more choices for streaming movies and original series at home and on our mobile phones! The one I can’t wait to get addicted to soon is Amazon Prime Video. 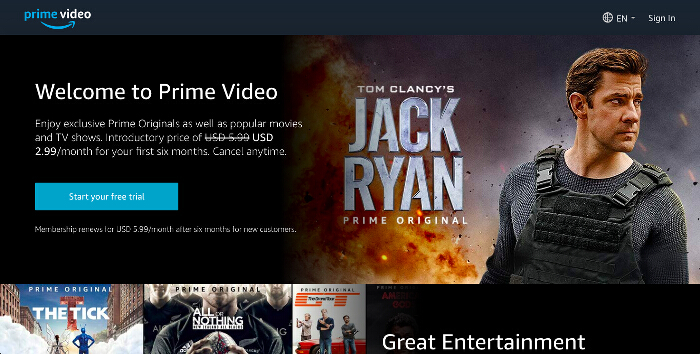 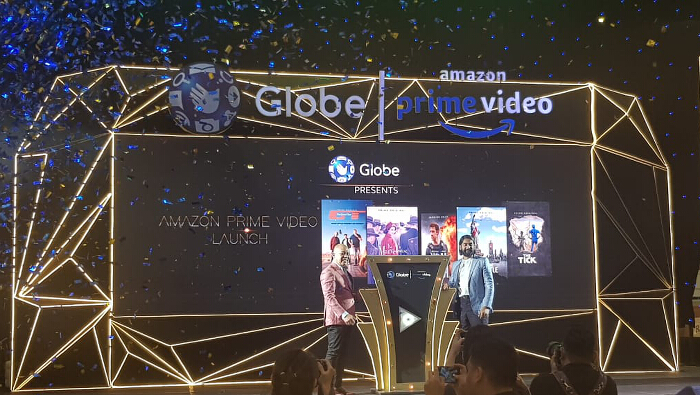 “Globe has always led the pack when it comes to the digital lifestyle,” says Ernest Cu, President & CEO of Globe Telecom (pictured here with Amazon Director, Mobile Business Development-APAC Krishan Patel). “We have redefined how Filipinos enjoy their entertainment—from music and movies to eSports and live shows. Teaming up with global content brands brings a wide array of content to our customers, giving them more wonderful entertainment choices.” 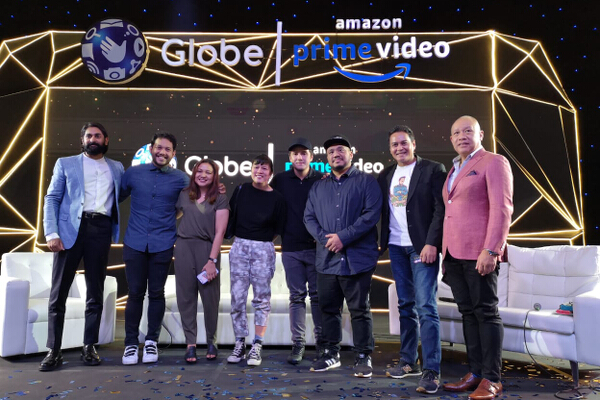 Twitch Prime, included in the six-month offer, is a premium experience on Twitch, the live streaming video service that’s popular among gamers. Twitch Prime includes free games every month, in-game content for some of the most popular games, a Twitch channel subscription every 30 days at no additional cost, exclusive emotes, and chat badge.

What I’m really excited to do is start binge-watching new Prime Original series with my husband soon. Here are the ten I look forward to the most (so far): 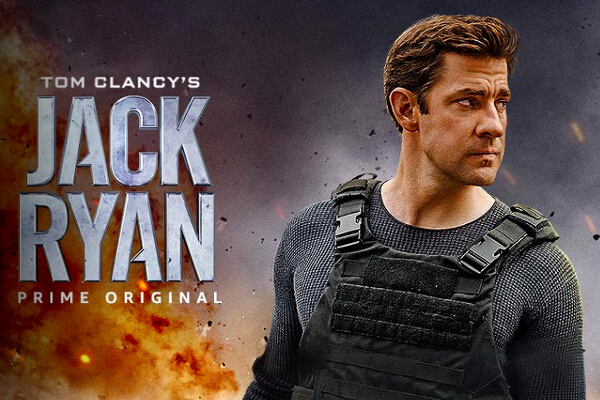 I’ve read some of Tom Clancy’s works and my husband certainly loves action and suspense, so I’m pretty sure we’ll both enjoy this Amazon reboot of the original stories. It stars John Kransinski as CIA analyst Jack Ryan, who stumbles upon a suspicious series of bank transfers. His search for answers pulls him from the safety of his desk job and catapults him into a deadly game of cat and mouse throughout Europe and the Middle East, with a rising terrorist figurehead preparing for a massive attack against the US and her allies.

My husband and I love a good comedy, and I’m pretty sure we’ll get hooked on this Emmy nominee and Golden Globe winner. We’ve also been particularly interested in those depicting the lives of married couples, haha. Set in 1958 New York, Midge Maisel’s life is on track: husband, kids, and elegant Yom Kippur dinners in their Upper West Side apartment. But when her life takes a surprising turn, she has to quickly decide what else she’s good at—and going from housewife to stand-up comic is a wild choice to everyone but her. This historical comedy is written and directed by Amy Sherman-Palladino (Gilmore Girls). Season 2 is coming soon!

3. The Man in the High Castle

Another Emmy-nominated Prime Original, this time based on Philip K. Dick’s award-winning novel and executive produced by Ridley Scott (Blade Runner) and Frank Spotnitz (The X-Files), this military and war historical drama explores what it would be like if the Allied Powers had lost WWII, and Japan and Germany ruled the United States. The premise is super interesting—my husband loves war anything, while I love anything historical, even if this one is kinda reversionist—so I’m pretty sure we’ll get hooked on all three seasons so far of this critically-acclaimed series.

4. Z: The Beginning of Everything

I’m not sure my husband will watch this with me, but I love period drama—especially if it’s set in the 20s, thanks to its glamorous costumes!—so I’m pretty interested in the story of Zelda Sayre Fitzgerald (played by Christina Ricci, in case you were wondering), the brilliant, beautiful Southern Belle who became the original flapper and icon of the wild, flamboyant Jazz Age.

I really love my period dramas—who can resist those costumes? This one, also from Downton Abbey creator Julian Fellowes, is an adaptation of Doctor Thorne, the novel by Anthony Trollope. It revolves around Dr. Thorne, who lives a quiet life with niece Mary in Greshambury, home of the wealthy Gresham family. Unbeknownst to others, the Greshams have lost their fortune and matriarch Lady Arabella has a scheme to regain it via an arranged marriage between her son and an American heiress. However, her son plans to elope with Mary, which complicates Lady Arabella’s plans. It stars Tom Hollander, Ian McShane, and Alison Brie, among others. 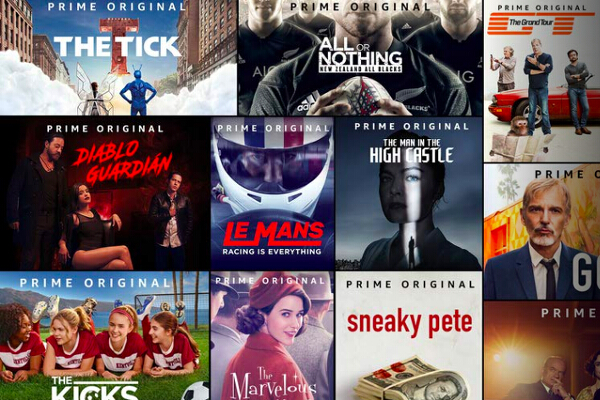 6. Mozart in the Jungle

Confession: I’m a Gael Garcia Bernal fan! I think he’s so cute! So I’m definitely binge-watching all four seasons so far of this Amazon Original comedy-drama series that shows that what happens behind the curtains at the symphony is just as captivating as what happens on stage. Gael plays brash new maestro Rodrigo who is stirring things up. It’s created by such reliable names in Hollywood, too, like Paul Weitz (About a Boy), Roman Coppola (The Darjeeling Limited), and Jason Schwartzman (Rushmore).

I don’t know about you, but I really like movies that have Giovanni Ribisi in the cast, he’s such a talented actor! In this Prime Original, he stars as a con man on the run from a vicious gangster. He takes cover from his past by assuming the identity of his prison cellmate, Pete, “reuniting” with Pete’s estranged family, a colorful, dysfunctional group that threatens to drag him into a world just as dangerous as the one he’s trying to escape—and maybe give him a taste of the loving family he’s never had. There are two seasons so far!

8. Eat the World with Emeril Lagasse

My husband and I love to eat, and that’s our top activity when we travel, so I’m pretty sure we’ll enjoy this Emmy- and James Beard Award-nominated documentary series featuring celebrated Chef Emeril Lagasse‘s food-fueled global exploration. Emeril hits the road with his best friends and biggest chefs in the world to discover popular food movements and local culinary traditions, including Marcus Samuelsson in Sweden, Mario Batali in China, José Andrés in Spain, Danny Bowien in South Korea, Nancy Silverton in Italy, and Aarón Sánchez in Cuba.

My husband is not necessarily a Jean-Claude Van Damme fan, but I’m pretty sure he’ll enjoy this action series (which I’ll have to watch with him, of course) that stars the classic Van Damme. The premise is, Jean-Claude Van Damme was, in fact, a secret agent, and his entire film career was built solely as a front for his black ops. Intriguing.

Technically, this will only air the first of its reportedly two seasons starting Nov. 2, 2018, but I just wanted to add this to my list because it stars Julia Roberts. JULIA ROBERTS! In an original series for a streaming platform! I miss her so much (haha, close). The A-list actress will be playing Heidi Bergman, a caseworker at Homecoming, a Geist Group facility helping soldiers transition to civilian life in this Prime Original psychological drama thriller. Years later, she has started a new life, living with her mother and working as a waitress, when a Department of Defense auditor questions why she left the Homecoming facility. Heidi quickly realizes that there’s a whole other story behind the story she’s been telling herself.

Amazon, Prime Video, and all related logos are trademarks of Amazon.com, Inc. or its affiliates.