For Pinoy Pride: 3 Filipinos out to win first-ever MasterChef Asia title
Talented cooks from the Philippines are among the 15 finalists of the inaugural edition, premiering September 3 on Lifetime.
Fun Stuff | By Trixie Reyna on September 1, 2015 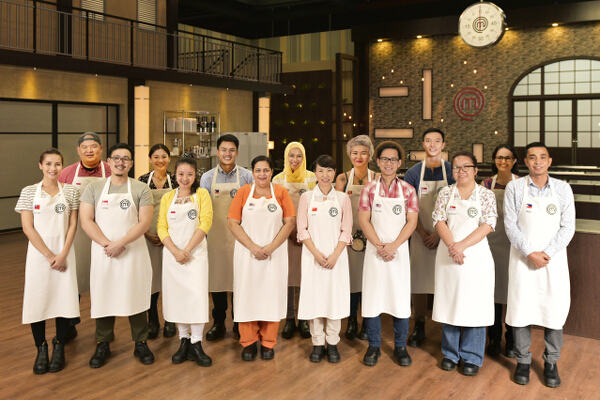 The 15 finalists of the inaugural edition of MasterChef Asia

As someone who’s suddenly very interested in learning her way around the kitchen, I’m now also into cooking shows. But I have another reason to watch this particular cooking competition on TV because I’ll be rooting for the three Filipino contestants on the first edition of MasterChef Asia, along with I’m sure a lot of Filipinos who always find reason to celebrate Pinoy pride through these international competitions.

The world’s most successful cooking competition finally lands in Asia, premiering on Lifetime on September 3 at 9PM. With 15 of the region’s finest home cooks out to battle their way to culinary glory, MasterChef Asia is simmering as one of MasterChef’s most exciting editions yet, with enormous talent, entertaining drama, and mouthwatering dishes.

China, India, Indonesia, Malaysia, Singapore, Taiwan, and Vietnam have fielded their own home cooks, and the Philippines is joining the kitchen battle with three contestants—Jake Aycardo, Lica Ibarra, and Rico Amancio. MasterChef Asia is the platform for each contestant to not only display their technical knowledge and skills but also to showcase the culinary legacies of their nation. They will be motivated by a strong sense of national pride. 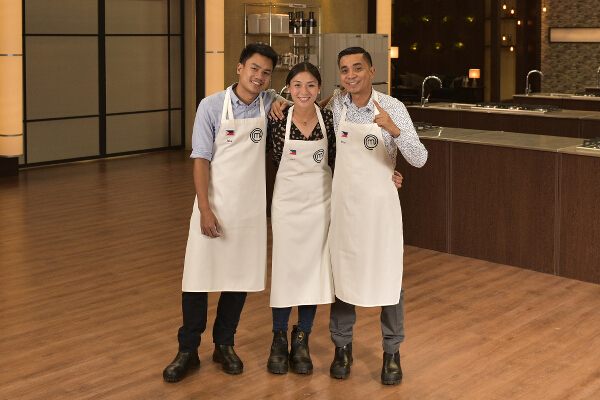 Jake Aycardo, 24, used to work in a bank where he prepared lunch for his colleagues, and he later realized his true calling lies in cooking. After quitting and pursuing a career in the culinary industry, Aycardo was in the process of applying in a professional kitchen when he heard about the casting call for MasterChef Asia.

When 29-year-old Lica Ibarra is not busy with her work as finance sales officer, she will most likely be found in the kitchen, indulging her passion for culinary arts and whipping up dishes especially for her 7-year-old son. Her interests extend to sports such as Ultimate Frisbee and football. She’s so good that she even represented the Philippines as part of the Women’s National Football Team.

Rico Amancio’s journey with food began with his helping his aunt in the kitchen at the school canteen. Now the 31-year-old paralegal is into cooking more than ever and even wants to take it to the next level by giving back to the community through free culinary workshops for underprivileged children and out of school youth. He also enjoys traveling and mingling with tourists apart from spending time honing his craft in the kitchen.

Catch the premiere of MasterChef Asia and take pride in the culinary talent of the Filipino contestants. Let’s root for them as they cook their way to the crown!

For more information on MasterChef Asia, visit the official website.