Trixie’s Super Easy Recipes | How to quickly make poutine—Canada’s favorite potato dish
If you’ve never tried putting together frozen US potatoes, gravy, and cheese, boy, have you been missing out! Here’s my shortcut to making this popular food.
Food | By Trixie Reyna on October 20, 2017

As I’m sure I’ve mentioned in a few blog posts, my fiancé is Fil-Canadian. He was born in the Philippines, but he grew up and spent most of his life in Canada, until he decided to move back here two years ago. Naturally, he’s a proud Canadian: He adores anything Canadian, and he’s always nostalgic for what he considers his home. 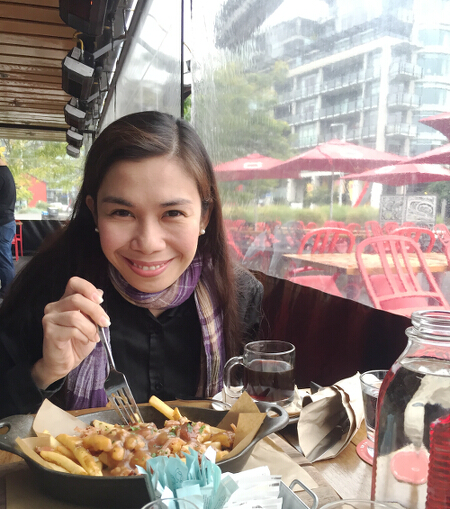 Trying poutine for the first time in Vancouver

On our trip to Vancouver last year, he made me try poutine, a popular Canadian dish made of potatoes, cheese curds, and gravy. It was delicious, and given how simple the ingredients seemed, I figured it would be easy to replicate. Apparently, that’s not the case. When I researched poutine recipes so I can make them for my fiancé whenever he’s homesick, I found out that some Canadians can be such purists about their poutine. They make their own cheese curds, gravy from beef stock, and peel, cut, and fry fresh potatoes from scratch. 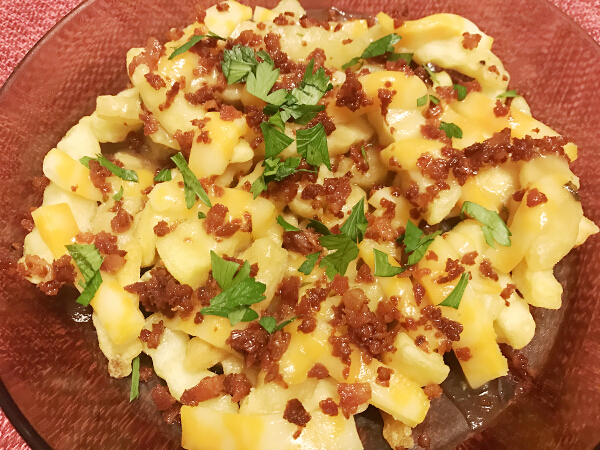 My quick & easy version of poutine, made of frozen US potatoes

But, really, who has the time and patience to make poutine entirely from scratch? I made adjustments to the recipe, so I can still make poutine that my fiancé will appreciate—in under an hour and with much less effort. 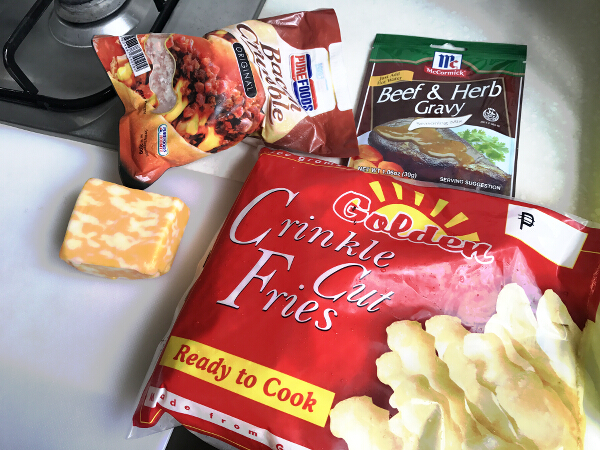 Half a pack of frozen US potatoes, crinkle cut
Cheese curds OR 38g (or 1/5 of a 190g pack) mozzarella, cheddar, or California Colby Jack cheese cut into small chunks
1 pack of instant beef gravy
Vegetable oil (for deep frying)
Half a pack of ready-to-cook bacon bits (optional)
Parsley as garnish (optional) 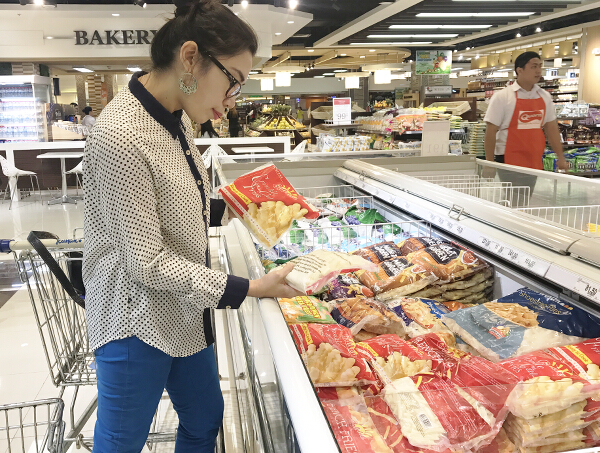 I prefer to use frozen US potatoes when I cook fries or any dish that requires them—like poutine. As a newbie, soon-to-be homemaker who also has a busy lifestyle, I like how frozen US potatoes are so easy to prepare (no need to peel and slice), cook (I deep-fry them straight from the freezer to make them extra crisp), and portion (you can purchase them by the kilo or “takal-takal” from the SM Supermarket or Landmark freezer or pick up a pack in the cut of your choice from the supermarket’s frozen veggies section). Prices can range from less than P100 (unbranded ones) to just P200 per kilo (branded variants). 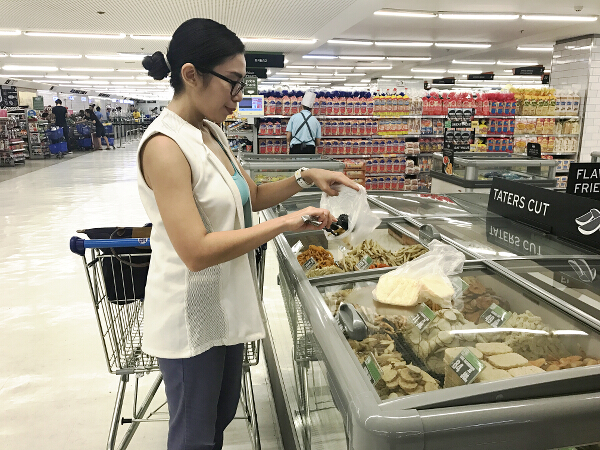 Frozen US potatoes come in different varieties and are easily available in leading supermarkets nationwide: SM Supermarkets, Rustan’s Supermarkets, Robinsons Supermarkets, Cherry Foodarama, and S&R. I usually buy from SM and Rustan’s, as both have branches close to where I live and where I workout. 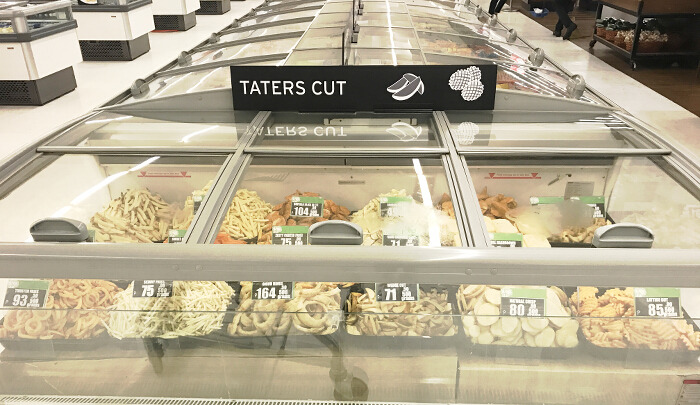 Different cuts of frozen US potatoes in the SM Supermarket freezer

Some of the cuts available are frozen half shells, wedges, slices, straight cuts, crinkle cuts, loop/curly or popularly known as twister fries, lattice/basket weave, tater tots, and hash browns. Really, you can pick any frozen US potato cut you like, and you can be sure the flavor and nutrients of fresh US potatoes are found in the frozen versions. 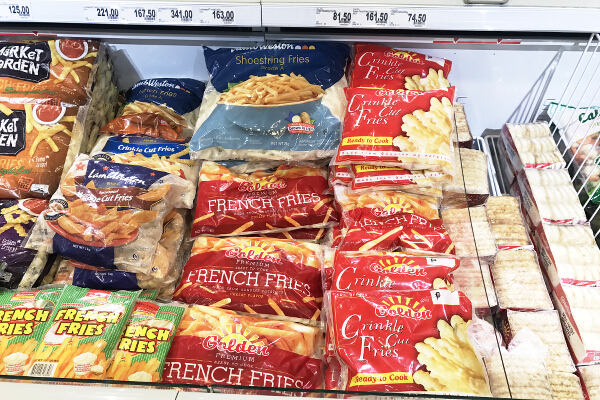 For my version of the poutine, I went with frozen crinkle cuts to make it a bit different from typical fries but still just as easy to deep-fry and eat.

As for cheese curds, which are hard to come by in Manila, I found some good alternatives online: mozzarella, cheddar, and California Colby Jack cheese, which melt well and whose mild flavor will complement the beef gravy. And instead of making beef gravy from scratch, I just looked for instant beef gravy I can easily dissolve in a cup (250ml) of hot water!

I added bacon bits and parsley as toppings for added crunch and flavor. I think that a dish that combines US potatoes, cheese, and gravy would be even better with bacon, which is why I added it. I bought the ready-to-cook pack of bacon bits to lessen my cooking time.

How to quickly & easily make poutine 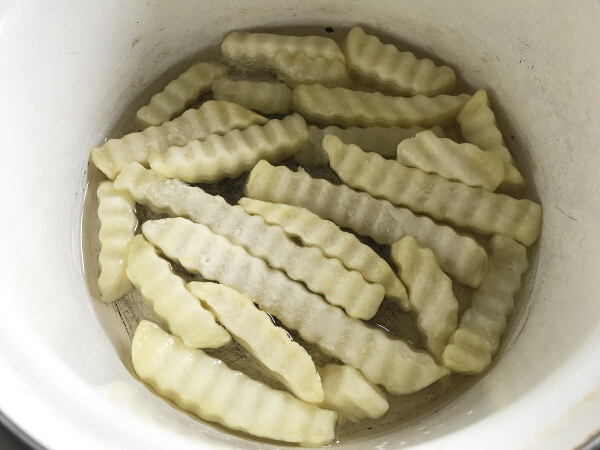 1. Heat oil in a deep fryer or deep heavy skillet. Once hot, place half the pack of crinkle-cut frozen US potatoes, straight from the freezer. Make sure each piece is dipped in oil. Fry until golden, turning over each piece once in a while to ensure they’re cooked evenly. Make the fries in batches if you have a small fryer so you have room to move them in the oil (like what I did above). 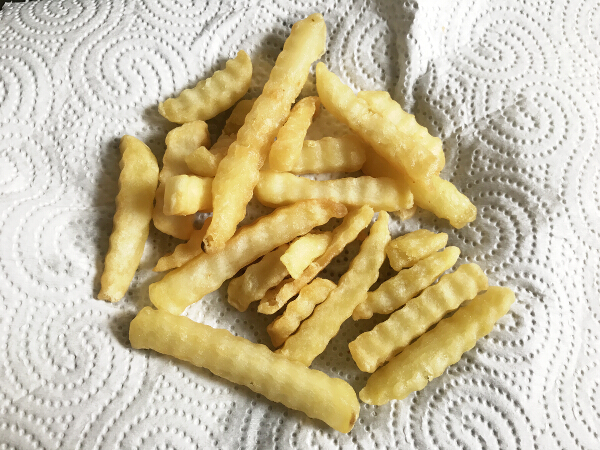 2. Once fried, place the crinkle-cut fries in a bowl or serving plate covered in paper towel to drain excess oil. 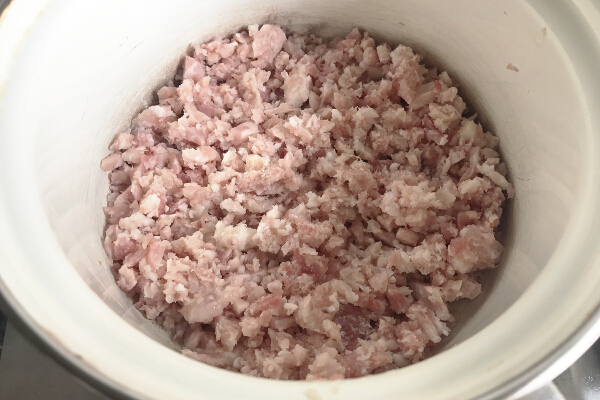 2. Thaw the ready-to-cook bacon bits a little before putting half the pack in a pan. No need to add oil, you can cook the bacon in its own fat. Fry until crispy. Set aside. 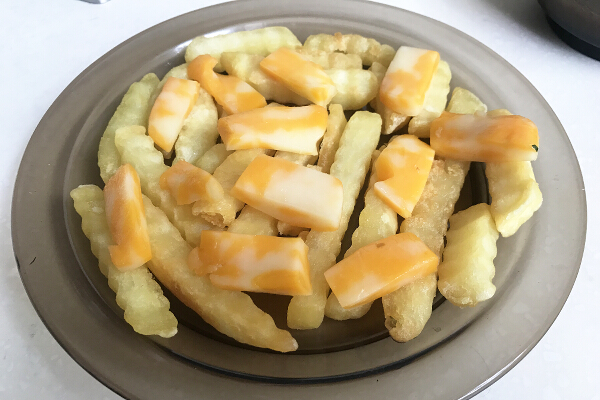 3. Sprinkle the chunks of room-temp cheese (I used California Colby Jack cheese above) all over the crinkle-cut fries (remember to remove the paper towel). Set aside. 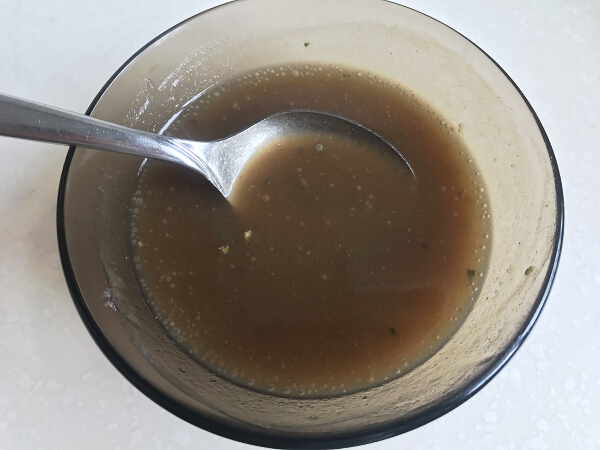 4. Once the crinkle-cut fries and bacon bits are fried, dissolve the contents of the instant beef gravy in a bowl with 1 cup (250ml) of hot water. Stir until the gravy is smooth and thick. 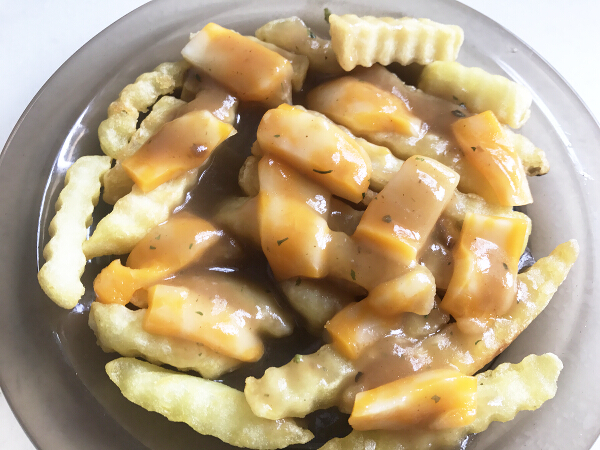 5. While the gravy is still steaming hot, pour it over the fries and cheese. Let the hot gravy melt the cheese over the US potatoes.

6. Top the poutine with bacon bits and cut parsley. Serve the poutine immediately and enjoy while it’s still warm! 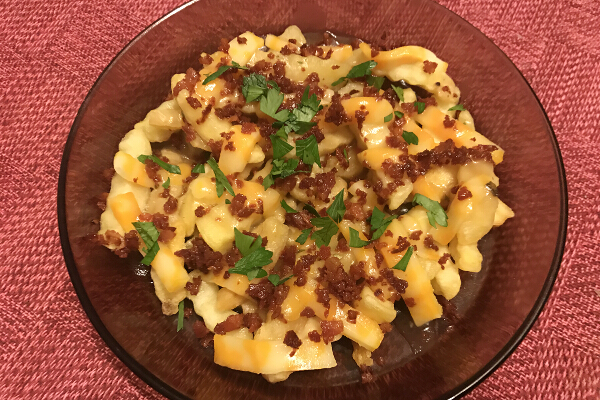 Don’t knock it ’til you’ve tried it! I made this for my parents for the first time recently, and they enjoyed it. It’s so filling and satisfying, you’ll wonder how you’ve lived without it your whole life. And the best part is, it’s so fast and easy to make—using readily available frozen US potatoes saved me so much time and effort.

Tell me about it once you’ve tried this poutine recipe, and watch for more of my recipes using US potatoes!

For more recipes for dishes you can make using frozen US potatoes, check out the Potatoes USA Philippines Facebook page. Share your own recipes with me—tag @trixiereyna and use #USPotatoPowerPH.

Did you enjoy this story or find it helpful? Get updated on my latest blog posts; like my page on Facebook and follow me on Instagram.
Tags:
baconCanadaCanadiancheesecookingdomestication of ms reynafrozen potatoesfrozen US potatoeshomemakingpotatopoutinerecipesnackTrixie's Super Easy RecipesUS potatoesVancouver
Click to add or view comments!