I found my preggy comfort food among The Granary’s new menu items
Richmonde Hotel Iloilo’s in-house restaurant has always been our go-to place for a good meal in the city.
Food | By Trixie Reyna on August 16, 2019

ILOILO CITY – Since Richmonde Hotel Iloilo opened its doors in the city four years ago—before I even moved to Iloilo from Manila—my husband and I have regularly visited its in-house restaurant, The Granary, whenever we had something special to celebrate (like a monthsary) or whenever we just wanted to enjoy our favorite dishes. Our visits became even more frequent when we got the Club Access Card, as our meal for two became even easier on the pocket as it’s always at 50% off. 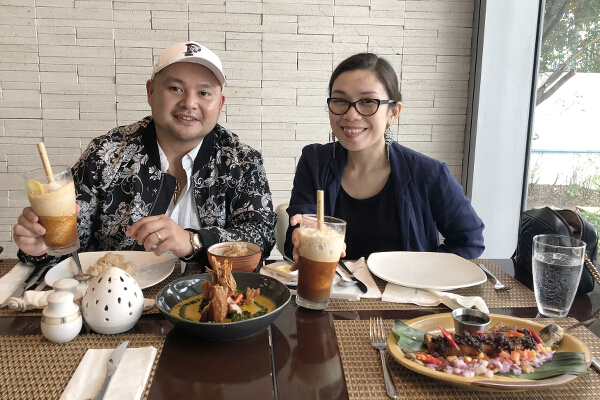 My husband’s favorite has always been the Spaghetti Ala Bolognese (P395) because of its rich and savory meat sauce that’s like nothing we’ve had elsewhere. Meanwhile, my staple orders were either the Chicken Ala Kiev (P395), which is breaded chicken fillet roll filled with herbed butter and served with gravy and mashed potato, or the delicious Pan-seared Norwegian Salmon with delectable Beurre Blanc Sauce served with mashed potatoes (P600), especially when I found out that my pregnancy aversions included meat.

We were perfectly happy with those dishes, but when we found out that The Granary was introducing bolder and better new a la carte menu items to mark its fourth anniversary in July, we were excited to sample the new dishes. Richmonde’s kitchen team headed by Chef Jeffrey Ticao came up with an improved variety of culinary creations. Menu highlights include enhanced Richmonde signature items, Filipino comfort food with a twist, award-winning dishes, and reimagined all-time favorite international fare.

We always start off our meal at The Granary with their Truffled Cream of Forest Mushroom (P250), a comforting bowl of cream of mushroom soup drizzled with the earthy goodness of truffle oil. For the new menu, they now serve it in a bread bowl. However, I still prefer to have mine served in an actual bowl, if only to reduce my carb intake. 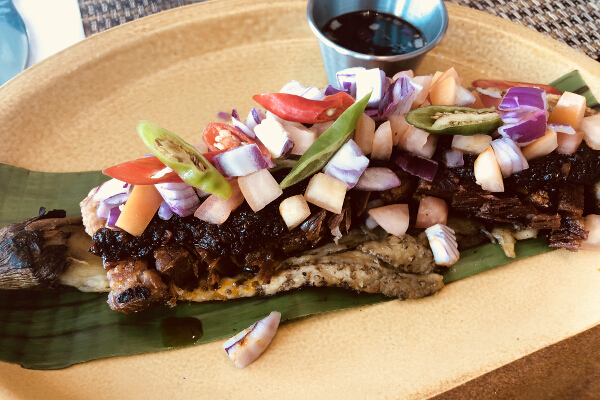 We’ve tried three of their new main entrees. Their Crispy Binagoongan (P435) is not only our new comfort food at The Granary, it’s hands-down one of my favorite iterations of this Filipino dish I love. It’s made of lechon kawali with such crispy skin, topped with their sweet-savory bagoong and mixed local vegetables, sitting on a grilled eggplant, and served with Ilonggo sinamak sauce—which is very similar to my favorite crispy pata sauce. I haven’t even been eating meat because of my pregnancy aversion to it, but for some reason, the Crispy Binagoongan goes down (and more importantly, stays down) satisfyingly. We pair it with a cup of garlic rice—one for each of us, it’s not enough to share, haha! 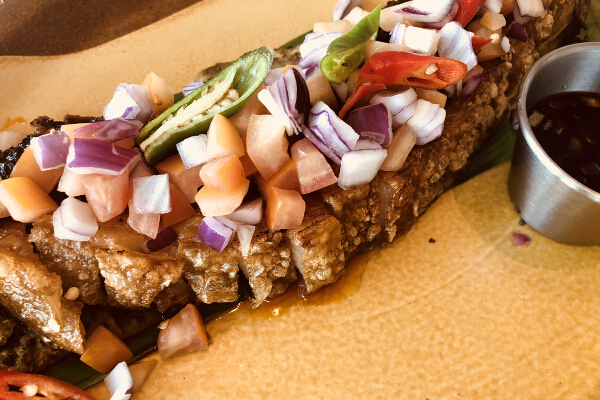 Just look at that sinful skin on the Crispy Binagoongan!

My husband also tried the L3 – Latik, Liempo, and Lukon (P595), a dish made up of three dishes: pureed kalabasa served with a medley of vegetables and topped with fried pork belly and king prawns. My husband has always been fond of linatik, an Ilonggo soup made of kalabasa mixed with vegetables and pieces of pork, and I’ve also grown to appreciate it. The Granary’s version is richer and thicker than the linatik we’re used to, and spiced up with ginger for that unique flavor. They say the dish can be shared by two (if you have other orders)—or one hungry diner! Those king prawns are definitely huge! 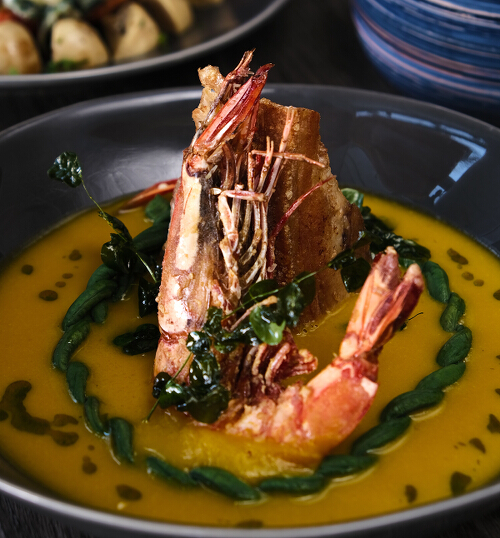 Since I’m mostly into seafood now that I’m pregnant—and thank God I’m allowed to eat shrimps—I had to sample the new Shrimps Aglio Olio (P415), spaghetti sauteed in garlic flakes and olive oil topped with five pieces of shrimps partially shelled and cooked just right. It’s served with delicious focaccia bread that tastes richly of olive oil, butter, and herbs. It seems so simple, yet it’s always delicious and satisfying—especially when I sprinkle it with extra parmesan cheese. I love how the garlic flavor seeped into the fresh-tasting shrimps, complementing every forkful of pasta. 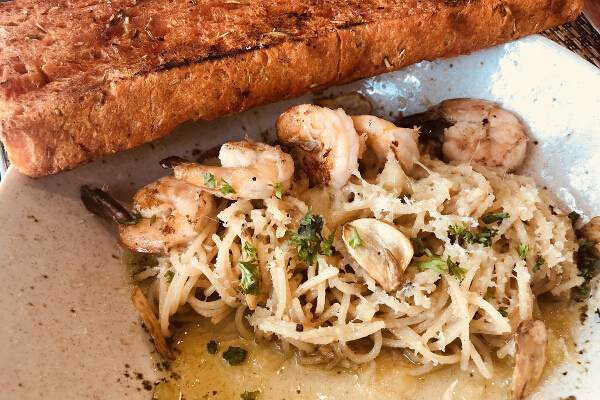 I have yet to try the Scallop and Crab Jambalaya (P485) but my mouth is already watering just looking at the photo below. A twist to Louisiana’s favorite rice dish, it’s cooked with peppers, onions, scallops, blue crabs (my favorite because of its sweet flesh), and spices. 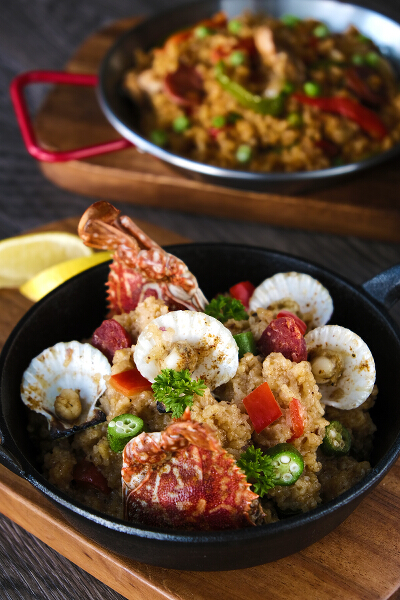 My husband and I always wash down our food with their Frozen Iced Tea (P195) which is always so refreshing, served in a hefty glass. I love that Richmonde Hotel Iloilo has a Switch to Sustainability campaign, in which they’ve gotten rid of plastic straws. If you wish to use a straw (which is necessary for Frozen Iced Tea), they can either give you a paper straw or you may want to avail of the Richmonde bamboo straw for P100 net with any drink order (see top photo). It even comes with its own cleaning brush and pouch so you can take it with you wherever you dine—all while adapting a more sustainable dining habit.

We’ll be samplying the new a la carte menus of BizBar soon—watch for it on the blog!

Did you enjoy this story or find it helpful? Get updated on my latest blog posts; like my page on Facebook and follow me on Instagram.
Tags:
crispy binagoonganFilipino foodIloiloIloilo CityIlonggo cuisinepastarestaurantrestaurant reviewRichmonde HotelRichmonde Hotel IloiloThe Granary
Click to add or view comments!