Tempting reasons to visit Richmonde Hotel Iloilo during Dinagyang
If you’ll be attending Iloilo’s fun & colorful festival this weekend, try to book a room in one of the best hotels in the city. If not, still come by for their food & beverage offers.
Food | By Trixie Reyna on January 16, 2017

Dinagyang is a cultural celebration like no other that you must experience at least once in your lifetime. I’m taking part in it for the first time this weekend, as I celebrate my last birthday as a single woman in the midst of Iloilo’s fun and colorful festival with my Ilonggo fiance.

By now, rooms in a lot of hotels are probably sold out, but if you’re only thinking of booking a hotel now, I suggest you try your luck at Richmonde Hotel Iloilo. I wrote all about our pleasant stay on the blog, and it’s in fact the hotel we’re recommending to all our wedding guests who are not from Iloilo. Here are Richmonde Iloilo’s Dinagyang room rates: 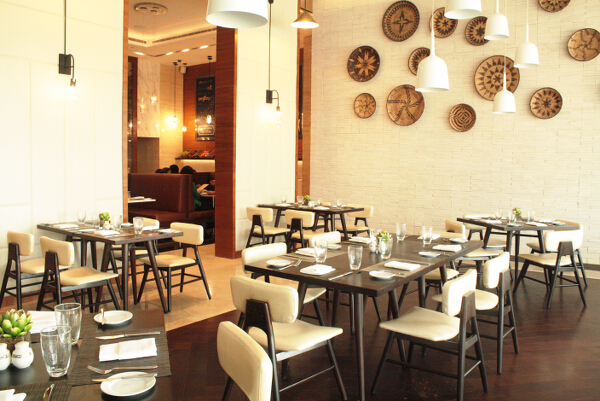 Rates include service charge and government taxes, breakfast buffet at The Granary, Wi-Fi access, and complimentary use of the gym and outdoor swimming pool on the 7th floor deck.

But in case you’re unable to secure a room for Dinagyang weekend, you have two options: One is to visit Iloilo after Dinagyang, because there’s just so much to do there besides attend the festival. You can still stay at Richmonde, which has more affordable post-Dinagyang rates from January 23 to 31, which start at only P4,500 and P5,000 for single and double occupancy respectively. 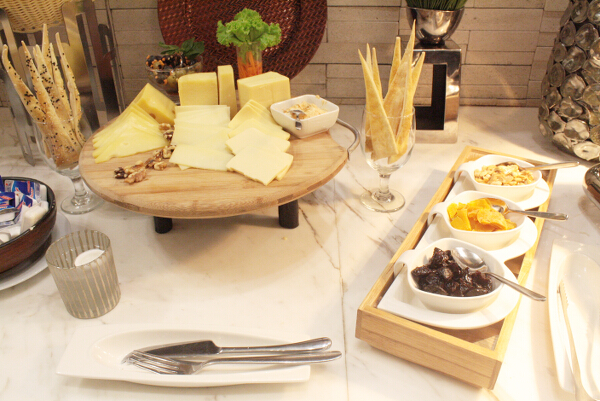 Your other option is to just enjoy their food & beverage (F&B) offers, either during Dinagyang weekend or even after. Their in-house restaurant, The Granary, will be serving a special dinner buffet spread of both local and international dishes at P1,150 net per head during the festival. 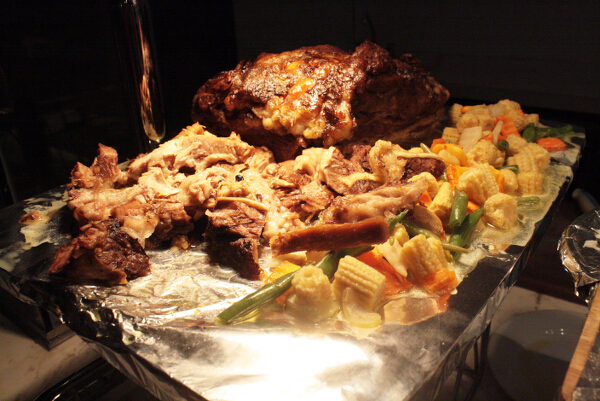 The hotel has a special buffet spread every weekend (Friday to Sunday), with varying themes and special highlighted items. They had a Tapas-themed buffet the last time we stayed, and we really enjoyed the huge spread of savory treats. Sometimes they have a Mongolian station. They always keep certain staples, like soup (which they rotate), cheese selection, salads, and the two carving stations (one is always beef, the other pork). There’s something for every palate. 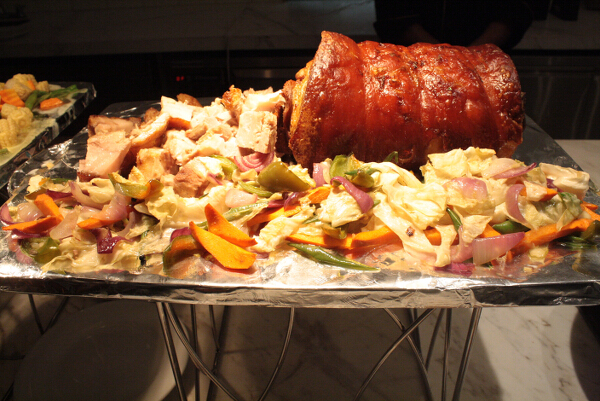 I like how their buffet spreads—whether the weekend buffets or the breakfast buffets—maximize the space, utilizing different levels, elevating some items. There are a lot of items, but you don’t feel you are overwhelmed with food. 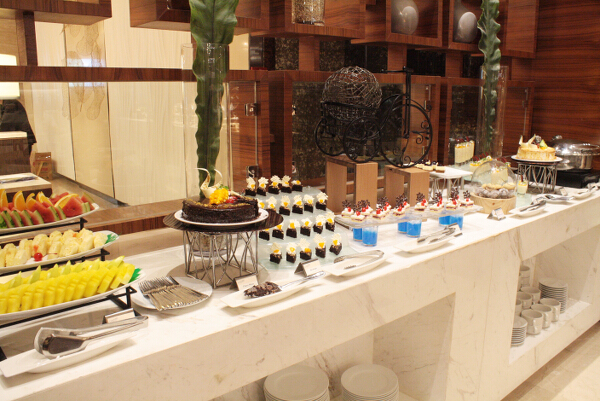 If you’re not the buffet type, not to worry: The Granary also serves a la carte dishes, and we tried some of their bestsellers. I’m happy to see more and more restaurants in Iloilo that serve dishes whose quality is at par with that of great restaurants in Metro Manila. The Granary may be one of the pricier restaurants you’ll try in Iloilo, but it’s still reasonable when compared to Manila pricing. 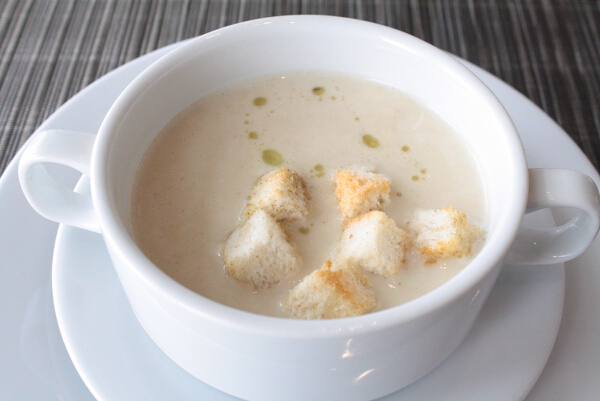 We started with their Cream of Chicken Soup, which captivated us with its savory aroma and taste. It’s rich, creamy, and comforting, with generous slivers of chicken with every spoonful and a nice crunch from the herby croutons. They served complimentary rolls and butter. 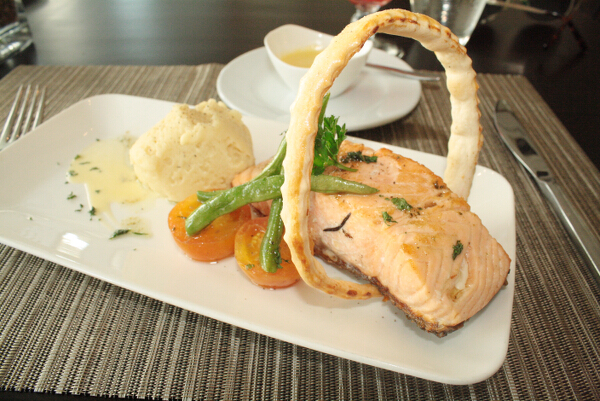 You have to try their salmon—it’s so good! The generous slab of salmon is so flavorful, and the tangy sauce complemented the fresh salmon taste, not mask it. 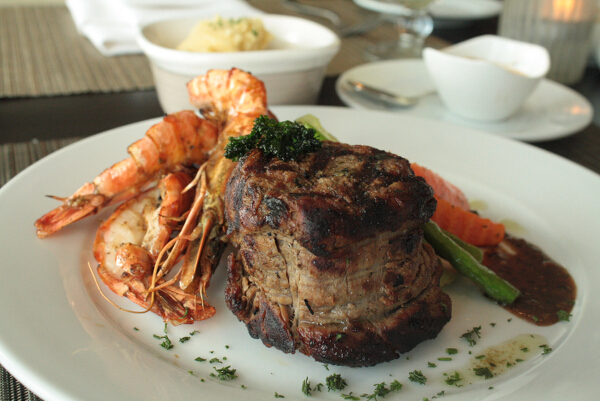 A filling order is definitely the Surf & Turf, which gives you the best of both worlds: a huge chunk of meat and a generous serving of prawns. The steak is served medium with peppercorn sauce and buttered veggies. The tender meat is savory with a nice char to it. I must warn you that it’s a huge mound of beef in a round cut, rather than your usual flat steak, so ask for a steak knife. The spicy peppercorn sauce went perfectly with it. I also ordered mashed potato and liked how creamy it is, yet still had a nice bit of texture, so I know they used real potatoes, not a mashed potato mix. The three pieces of prawns, meanwhile, are bigger than your average and have a light, fresh flavor. Iloilo is known for seafood so this is a must-try, like the salmon. 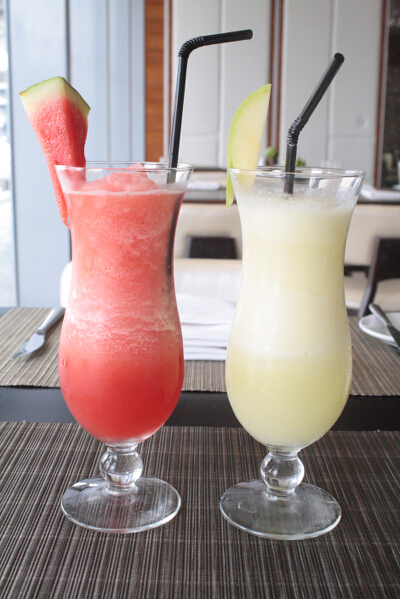 We washed down our a la carte meal with fresh fruit shakes: their sweet, refreshing watermelon shake; and smooth, sweet-sour green mango shake. 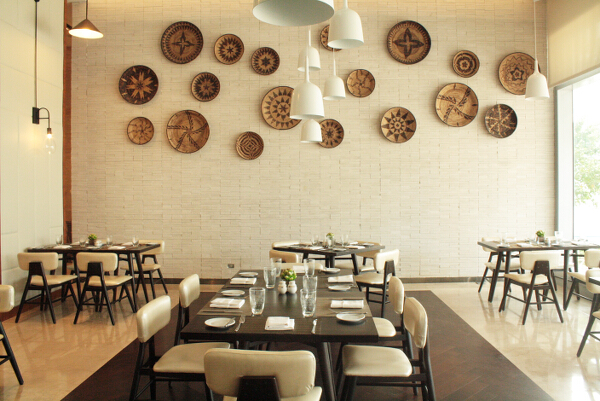 The Granary a la carte area

I really like the ambiance at The Granary, with its bright high ceiling, subtle yet tasteful decor, and hanging lamps. 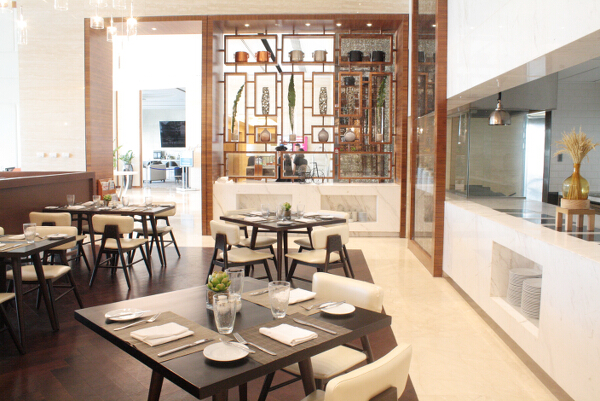 For a change of scene and to enjoy the rest of the night with friends, walk over to the other side of the lobby where Biz Bar is, to sip some cocktails while you’re entertained by soft live music. 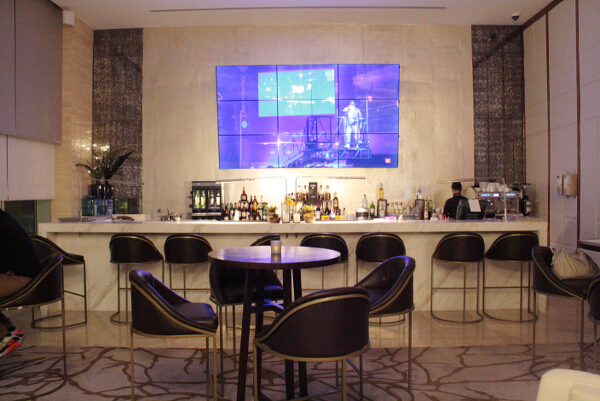 We started with their frozen margarita and mojito, which are both strong and refreshing, as well as their Mai Tai, which is sweet, tangy, and fruity—like pineapple juice with a kick of rum; it’s great for the ladies. If you want a different ladies’ drink, try Angel Kiss, which is like alcoholic milk shake, made with brandy, whipped cream, white creme de cacao, and cinnamon powder sprinkled on top. 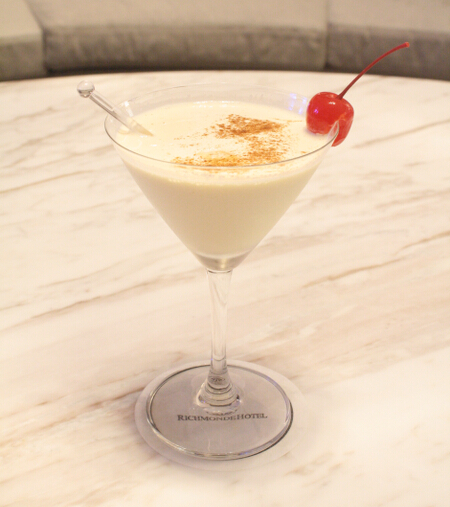 If you want shots, try the B-52, a cream-based layered shot that includes Kahlua, Bailey’s, and Grand Marnier, so it’s pretty strong yet delightfully sweet. Or if you’d rather skip the alcohol, order the Richmonde Colada, which is basically a virgin Piña Colada made of bananas, strawberries, and coconut powder. It’s really sweet, more like a fruit shake to me. 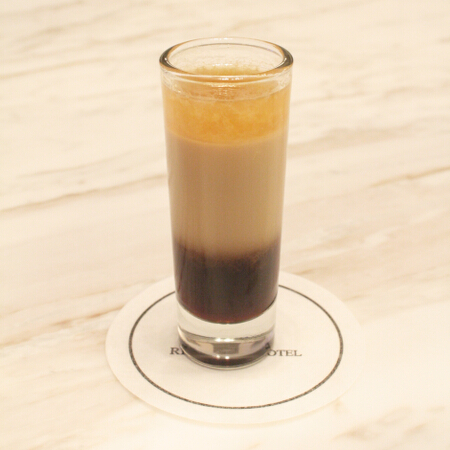 All drinks are served in a tall glass, so they give you great bang for your buck—not to mention a good buzz.

So, see you there this Dinagyang weekend?

For inquiries and reservations, call (6333) 328-7888 or email rhireservations@richmondehotel.com.ph. You may also book your stay anytime via Agoda here.