I didn’t need #AlDub to convince me to try McDo’s Chicken Fillet ala King
That TVC worked! But even without the love team that has taken the country by storm, I would have tried that new dish—it looks so good! Here's my two cents' worth.
Food | By Trixie Reyna on September 16, 2015

I have a confession to make, and I’m sure a lot of people will hate me for it: I don’t get why #AlDub is so popular. I’m sorry. I really don’t understand what the big deal is—I don’t even bother to read the articles online explaining why the love team and the “Kalyeserye” they star in are such a hit and why it’s okay to watch/like them. But, that’s me; kudos to them because whatever they are doing, I guess they’re doing it right, hence the craze.

So when news broke that Maine Mendoza and Alden Richards of Eat Bulaga’s #AlDub Kalyeserye fame are officially the newest endorsers of McDonald’s and that they star in the fast food chain’s newest #ALDUBKoTo TV ad featuring the new Chicken Fillet ala King Meal, I honestly couldn’t care less…until I saw images of the food. Watch the TVC here and see what I mean (about the dish):

If only for that, the TVC totally worked on me because I’ve been wanting to try that Chicken Fillet ala King since last Sunday. Finally, I ordered the new rice meal online last night, and I must say I like it! 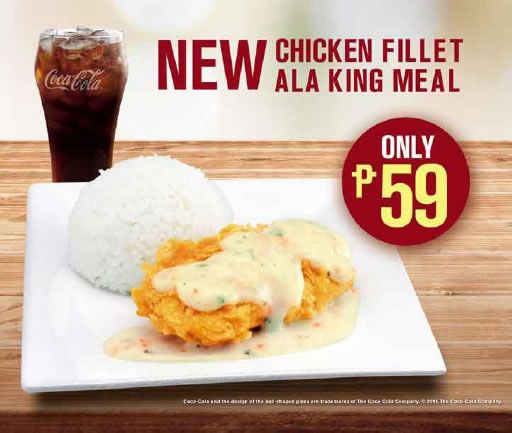 The chicken fillet is crispy and juicy (not dry), and since I had it delivered, they didn’t put the sauce on top yet (you can request that they already pour the sauce, though) and instead placed it in a separate cup. There was an option to add more sauce for P10, so I did, but I found that the sauce that came with the chicken was enough. The creamy and buttery sauce with carrot bits and chives had a slight heat to it that was a pleasant surprise. Panalo ‘yung sauce!

At first I thought the chicken looked small (see the photo of my meal below—that’s also how much sauce comes with the chicken—and use the cup of rice it comes with as point of reference), but it’s actually pretty filling. 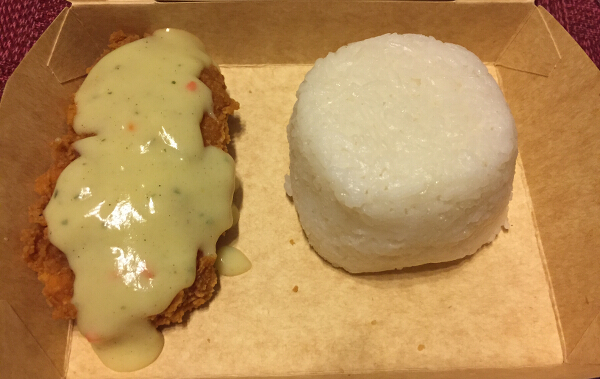 The best part? This delicious, complete meal is so affordable at P59! It already comes with a drink.

The Chicken Fillet ala King meal is available at McDonald’s restaurants nationwide via Dine-In, Drive-Thru, or McDelivery through 86-2-36, mcdelivery.com.ph, or the McDo PH App.