2 hot & delicious things to look forward to at Burger King PH
The international burger chain reintroduced the 4 Cheese Whopper, along with its new endorser: Billy Crawford.
Food | By Trixie Reyna on May 5, 2017

Yes, I’m on a year-long diet for my wedding at the end of 2017, but I do treat myself to cheat days once in a while (more like every weekend). And when I do, I usually go for a burger. One of mine and my fiancé’s favorite burger chains globally is Burger King, and we each have our staple orders: a Whopper for him, a BBQ Bacon Cheese burger for me, both always with Onion Rings. 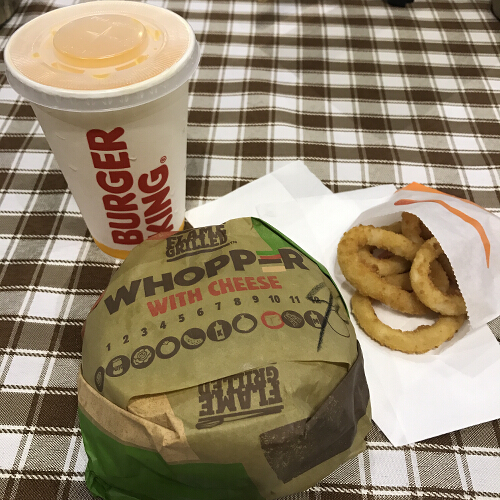 But now, we just might order the same thing: I only recently got to try the 4 Cheese Whopper (above), and it’s absolutely amazing! I know he’s been wanting to try this, too, since we started seeing ads for it. The 4 Cheese Whopper has always been a local favorite, as it’s filled with four kinds of gooey delicious cheesy goodness atop a 100% beef patty (with no fillers and preservatives!) between fresh sesame seed buns. 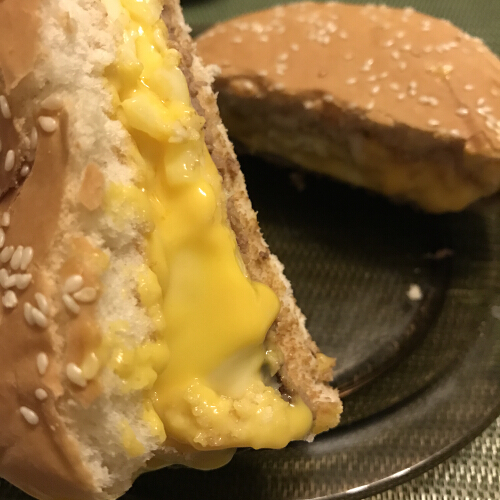 I really enjoyed the 4 Cheese Whopper because it’s huge and oh-so-cheesy! I had to slice it in two and share half with my dad. And as you can see in the photo above, it’s oozing with melted cheese. You can really taste the four cheese variants in it—American Cheese, Swiss Cheese, mozzarella, and the delicious special cheese sauce. The flame-grilled beef patty is not only big, it’s thick, too. If the regular-sized 4 Cheese Whopper is too big for you, get the Jr. Solo, which is just P99! 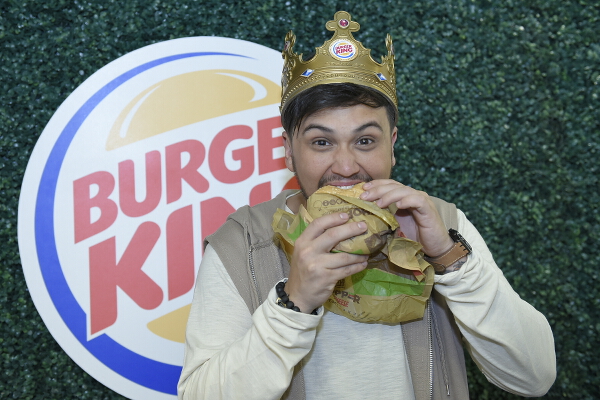 Reintroducing the 4 Cheese Whopper to the Philippines is Burger King’s new King: multitalented performer Billy Crawford (above). The iconic Filipino performer has been active in show business for over two decades (remember him as little Billy Joe in That’s Entertainment, fellow titas?). Billy Joe grew up to become Billy Crawford, a multi-awarded singer whose tracks would top charts not only in the Philippines but also in countries like France and Switzerland. He returned to the country in 2008, and has hosted a string of extremely successful TV shows since then. Last year, Billy got engaged to actress Coleen Garcia; he shared cheesy and kilig stories about her during the media launch. 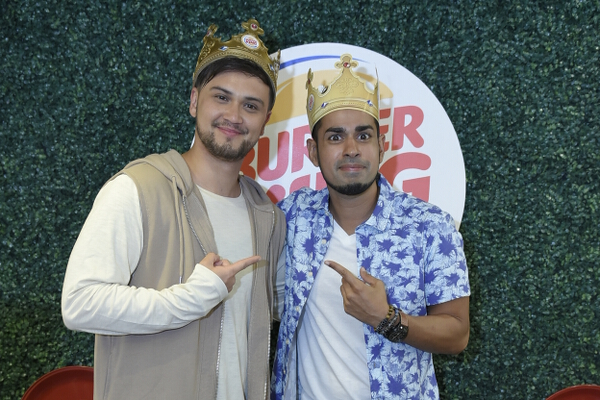 The event was hosted by DJ Sam YG (above, with Billy), who’s also a member of the Burger King Squad.