I always get so excited when Starbucks Philippines introduces new drinks and cards—not always when there’s new merchandise, since it depends on whether I like the designs or not. This month, I adore everything—from its autumn-themed coffee beverages to the anniversary collection of merchandise, Starbucks Card, and even the Starbucks VIA blend. 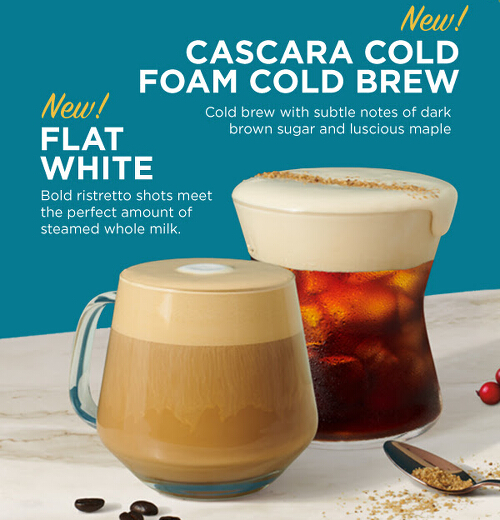 Using all the elements of coffee from the bean down to the husk, Starbucks introduces a refreshing take on the classic cold brew—the Cascara Cold Foam Cold Brew. Cascara, more commonly known as the husk of the coffee cherry, adds a unique boost to this revitalizing cold beverage with its complex and slightly sweet flavor. It has hints of brown sugar and maple derived from the combination of the cherry and black coffee. The cold brew is topped with a smooth layer of cold foam made of low-fat milk and cascara syrup.

A new addition to the Starbucks menu of espresso beverages is the Flat White—FINALLY! Carefully crafted with bold ristretto shots and a thin layer of velvety steamed whole milk, the drink is perfectly balanced with sweet notes and is finished with a simple latte art dot. I’ve personally tried this and it truly hits the spot if you’re a fan of Flat White. It has this calming, soothing effect on me while keeping me alert—I love it. 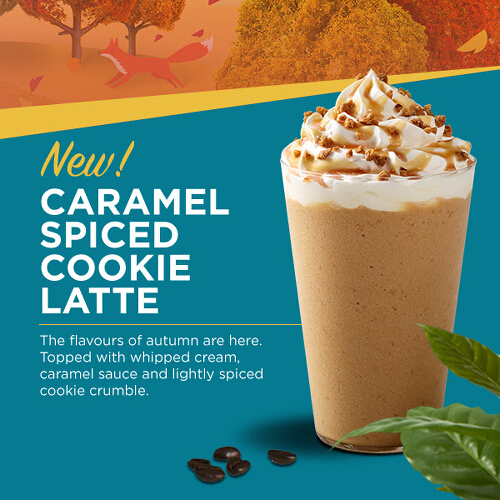 Those looking for a warm and comforting cup can also order the Caramel Cinnamon Cookie Latte—something I’m really excited to try but haven’t had the chance yet because they ran out of caramel syrup in my go-to branch in Iloilo; hopefully I’ll be able to do so here in Manila. Available for a limited time only, this latte is topped with fluffy whipped cream, sweet caramel sauce, and cinnamon and crunchy cookie crumbles, which add hints of caramel, cinnamon, and warm spice to complement its espresso base.

Ever since Starbucks opened its doors in 1971, the Siren has been the brand’s enduring logo that invites customers inside its stores across the world. Today, even as the smiling Starbucks barista hands over your handcrafted beverage, you see the iconic image at the center of the cup. Taken from a Norse woodcut from an old maritime book, the two-tailed siren pays homage to the seafaring history of Seattle as a port city and the journey of coffee itself, which until now is often being transported across the seas.

This September, Starbucks reimagines the biggest symbol of its brand with the release of its limited-edition Anniversary Collection. 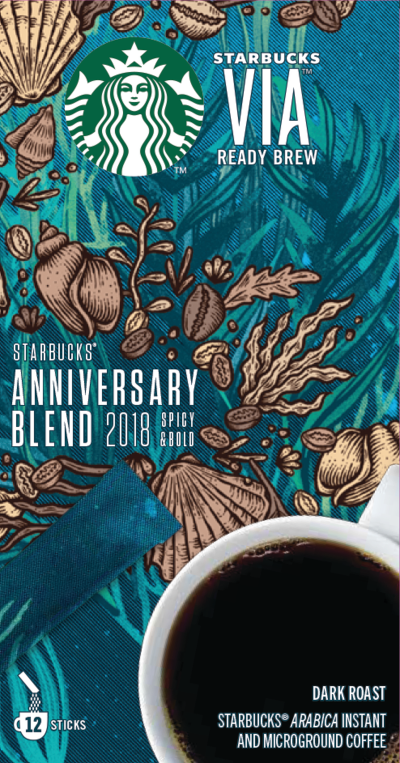 For its Anniversary Blend, which started in 1996, to commemorate its 25th year, Starbucks celebrates its legacy of coffee roasting, blending expertise, and craftsmanship with a bold fusion of aged Sumatra, Papua New Guinea, and Indonesian coffees blended together and roasted. The result is a complex and full-bodied cup with spicy and earthy flavors, available in whole bean and VIA format. 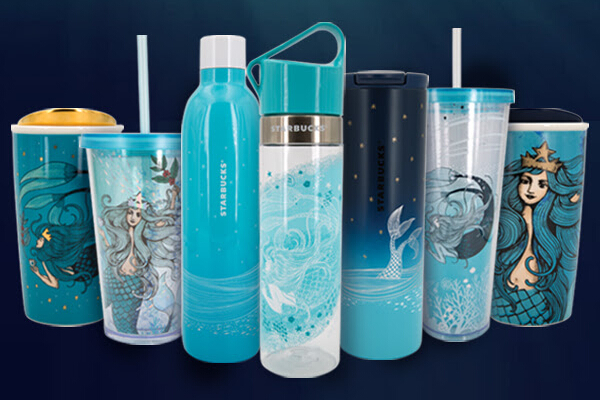 Along with the Anniversary Blend is the special Anniversary Collection, which includes a wide array of merchandise catered to varied tastes. Themed the “Celestial Beauty of the Undersea,” the main artwork has ethereal qualities with the siren swimming in a sea of stars. As part of its celestial theme, the line features a palette of cool shades of blue and white with hints of copper. The Siren artwork has playful and alluring deep-sea elements, providing a layer of whimsy to the collection. Just look at how pretty the siren and all the tumblers are! 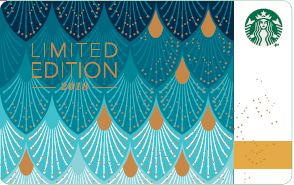 Another tribute to the mythical sea creature is the limited edition Anniversary Blend Card that features the siren’s blue-green tail with copper-gold detailing that you can get for a minimum activation of P500.

Through the years, the siren has continuously transformed along with Starbucks’ growing global community. When the company revamped itself into a coffeehouse in 1987, its muse was colored an emerald green and given a more contemporary look. In 1992, the logo was zoomed in on the siren, focusing on her wavy locks and warm smile with just hints of her two tails. Eventually, 2011 ushered the biggest change yet as the siren broke away from her circle and became the icon that we all know today. Now, she remains the welcoming face of Starbucks, pulling in coffee lovers with her enigmatic smile.